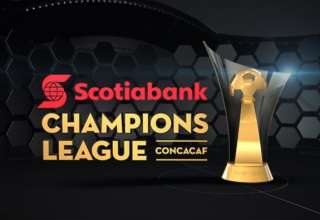 So, ho-hum, a Canadian team is going to be in the CONCACAF Champions League semifinals — again.

The Vancouver Whitecaps became the third Canadian team to book its spot in the semifinals in the last six years on Thursday. The Whitecaps got a great performance from 16-year-old Edmonton phenom Alphonso Davies, who scored early and set up the insurance goal, in a 2-0 win over the New York Red Bulls at BC Place. The win in the second leg of their CCL quarterfinal gave the Whitecaps a 3-1 margin on aggregate, and ensured a date against Mexican powerhouse, Tigres, in the semis.

The Whitecaps got things started early against a Red Bulls team that struggled to get the ball out of its own side of half. The Red Bulls’ inability to put two or three passes together, combined with an injury to midfielder Gonzalo Veron that limited his participation to eight minutes, put the visitors in crisis mode.  The early pressure reached its height in the fifth minute, when Canadian international Marcel De Jong slid a cross into the Red Bulls’ penalty area. Davies got onto it and, instead of snatching at it right away, had the poise to settle the ball at his feet and roll his effort inside the post. It was a composed finish from the teen phenom from the soccer factory that is Edmonton’s St. Nicholas Junior High School. (Read more about that in Plastic Pitch 11).

The Whitecaps got their insurance late in the second half, with Fredy Montero making his first significant contribution since joining the club.  A Davies corner kick skipped into the penalty area, wasn’t dealt with by the New York defenders, then fell to Montero, who made no mistake.

I don’t know how many times I’ve seen this — a poorly taken corner skips and scoots into the penalty area, bounces awkwardly a few times, and creates more problems for the defenders than a perfectly flighted ball would have. Sometimes I wonder if more set-piece takers would be better off drilling in low corners designed to bounce before they get close to the near post.