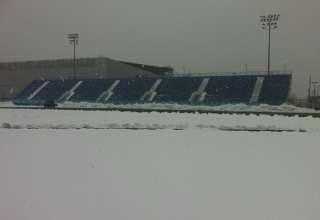 This week, the Colorado Rapids hosted Toronto FC in a CONCACAF Champions League game played in a -19 C wind chill. In 2011, the Columbus Crew hosted CCL game in sub-zero temperatures.

But, when the Canadian Premier League begins play, the February sub-zero CCL Round of 16 match could become a regular thing.

The CanPL, which is set to launch as our national “Division 1A” in 2019, wants the league champion to be given a berth in the CCL. As Commissioner David Clanachan said the day his appointment was announced: “We fully expect that the Canadian Premier League champion will get a spot in the CONCACAF Champions League. And, our teams expect to play in the Canadian Championship, and that could lead to another spot.”

Right now, Canada has just one spot in the CCL, which is award to the Voyageurs Cup winner. Canada Soccer is pushing for a second. As Canada would finally have its own top-tier league in 2019, the natural move is for the CanPL winner to get that spot. After all, the argument against Canada getting more than one slot had been that, well, this country didn’t have its own league. Hey, it’s hard to ask for more than one spot if you don’t have your own first division, right? Now what Canada has one, we’re pretty well obligated to give it that second spot – if we get it.

So, let’s imagine for a bit. Down the road, a team from Edmonton or Winnipeg or heck, maybe Fort McMurray (dream big, right?) wins the CanPL. I mean, the weather in most Canadian cities in February is guaranteed to be

It could become our annual cold-shaming-of-teams-from-other-parts-of-CONCACAF festival. Oh, hi there, Mexican champs! Welcome to -20 C! Oh, hello L.A. Galaxy. Welcome to Winnipeg in February. No, this isn’t “bad” weather to us. This is NORMAL weather to us. Heck, we had to postpone a Voyageurs Cup because of severe winter weather. In May.

For Canadians, the February CCL Round of 16 could be our payback for the 3 a.m. hotel wake-up calls, games played on pitches that haven’t been cut, the power outages.

Or, maybe, with a Canadian president at the helm and the possibility of more Canadian teams on the horizon, maybe CONCACAF will rethink February games, and understand that parts of the region get, winter weather.

But, I have admit that I take a weird kind of enjoyment out of severe-weather games. I’ve had to broadcast more than a few FC Edmonton home games in less than ideal conditions. And, because I don’t have to actually play in said conditions, I understand it’s easy for me to say “wow, I love orange-ball weather! Cool!”

So, for me, don’t move the February games. I mean, if you thought the weather was bad in Denver, wait till you get a Maritime snowstorm. A prairie cold snap. And, in many of these places, there are no domed stadiums that offer escape plans.