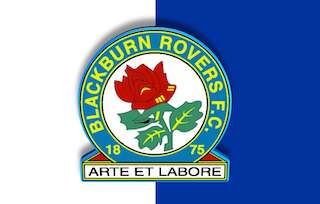 Sam Allardyce has gone on the record saying he’s as good a manager as Arsene Wenger.

The Venky’s group, the new owners of Blackburn Rovers, didn’t think so — announcing Monday that Allardyce would no longer be managing the team.

“We have taken this decision as part of our wider plans and ambitions for the club,” read a statement from the new owners. “We would like to put on record our thanks to Mr. Allardyce for his contribution to Blackburn Rovers Football Club.”

But, what will Allardyce’s departure mean for Junior Hoilett, the Brampton, Ont. native who wears Rovers colours? Remember that Hoilett decided to re-sign with Rovers last season after Allardyce made appeals to his family. For Allardyce, the signing was personal.

But, despite signing an extension last season that is scheduled to keep him in Rovers colours until summer of 2012, Hoilett has remained on the fringes of the Blackburn squad. He’s managed one yellow card in three starts and five substitute appearances. His top moment with Rovers came last season, when he came on during the League Cup tie with Chelsea, and scored in the penalty shootout that saw Blackburn upset the Premier League powerhouse.

Unfortunately, England is filled with names of young prospects who excelled in the League Cup, but never made breakthroughs into league football.

Allardyce, despite not playing Hoilett a heck of a lot, did put on the miles to try and keep the Bramptonian in his club. In 2009, Big Sam flew to Brampton in (check) to meet with his parents — father, David Sr., and mom, Ingrid — to convince them that Blackburn was indeed the place for Junior’s career to flourish.

“He did come to Canada to visit my parents,” Hoilett told me back in December of 2009. “And that did show me that they really wanted to keep me here.”

But, this season, Hoilett has been stapled to the bench. Of course, the fact that he hasn’t established himself at the club allows him to keep putting off a confirmation on whether or not he’ll play for Canada. He can simply go back to the same line about needing to settle his professional career every time he politely declines a call-up from the Canadian senior squad.

His brother Jaineil, is in the youth setup with Mainz. Before coming to Blackburn, Junior was at St. Pauli — and his parents have great love for the way the German clubs treat their young players. So, in 2009, when Junior was heading towards free agency, there was definitely some forces pushing against Blackburn, that wanted him to head east and try and work his way into the Bundesliga.

But, now, that manager is gone.