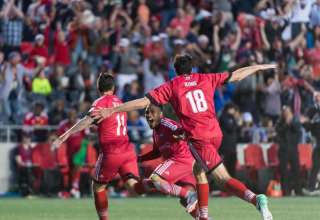 While the Ottawa Fury are committed to return to USL in 2018, USL President Jake Edwards said that the team’s sanction in the North American Division-2 circuit is on a year-to-year basis. And Edwards said he and the league are supportive of the move to launch a Canadian Premier League.

According to the league, the Fury have “long-term agreement” with USL, but the team’s sanction to actually be able to participate in the USL comes up year to year as per CSA rules. In a conference call with media on Friday, Edwards said that Canadian teams in cross-border leagues are  only sanctioned by the Canadian Soccer Association on an annual basis.

Edwards said the push for a Canadian Premier League has the “long-standing support” of the USL. The league has announced teams in Winnipeg and Hamilton and is groups in Halifax and Surrey B.C. are working on stadium arrangements. FC Edmonton of the NASL has been attending the league meetings. And there is an ownership group that’s looking to root a team in either Regina or Saskatoon. Whether Ottawa goes or stays has been a matter of debate.

Edwards’ tone on the rise of a Canadian Premier League was downright conciliatory.

“We feel Canada needs its own professional league,” he said.

“I think they’ve had a great experience in our league,” said Edwards.

But, while there has been discussions about franchise agreements and long-standing obligations of American teams in the USL, Edwards’ comments indicate that those kind of restrictions — by the nature of the Fury’s sanction — need to be balanced with what the governing federation decides… in this case, the Canadian Soccer Association.