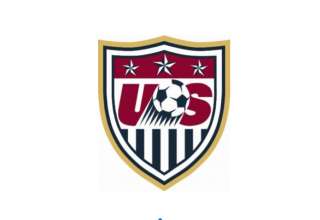 For the second time in less than a year, the Canadian men’s national team will face the United States.

The United States Soccer Federation has confirmed that a Jan. 29 friendly between Canada and the U.S. has been booked for Houston’s BBVA Compass Stadium. Canada has already committed to a Jan. 26 friendly against Denmark in Arizona.

“The match against Canada will come at the end of an important training camp as we get players ready for the World Cup qualifier against Honduras, and also get a good look at some up and coming players in the National Team pool,” said U.S. head coach Jurgen Klinsmann in a release issued by the USSF. “Obviously we have a great history with Canada, and they were unlucky not to qualify for the final round. The stadium in Houston is awesome and the fans have been incredibly supportive there, so for us it’s a great way to start off the centennial year of U.S. Soccer.”

Canada has yet to name a new head coach after Stephen Hart resigned following the 8-1 loss in Honduras that sealed this country’s World Cup fate.

The Americans begin the next phase of World Cup qualifying on Feb. 6 in Honduras. So this friendly will be a key preparation match for them. Canada, meanwhile, isn’t expected to be calling a veteran-laden team in for the January friendlies. These games offer the new (or interim) coach a chance to begin preparing the program for the future — and many of the Europe-based players won’t be available.

The Americans and Canadians played to a 0-0 draw June 3 at BMO Field.

Denmark is expected to send a squad made up of domestic players and U-21s for its friendly against Canada.

Tickets go on sale to the general public Friday at ussoccer.com.