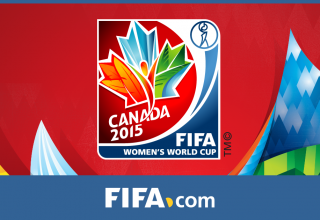 The Canadian Soccer Association and its lawyers are prepared to argue that the Human Rights Tribunal of Ontario has no jurisdiction to hear a complaint that the use of turf surfaces at the 2015 Women’s World Cup is an example of gender inequality.

That’s because the HRTO is a provincial body, not a federal one. And, because five of the six venues for the Women’s World Cup are outside of the province of Ontario, the question is why the HRTO would hear the case in the first place. The final will be held at BC Place in Vancouver. More games will be held in Alberta — at Edmonton’s Commonwealth Stadium — than any other host city. So why hear the case in Ontario?

Sean Hern, a lawyer with the Farris, Vaughan, Wills & Murphy LLP firm that’s representing the CSA, says it’s the legal question that his side will press at the tribunal. In a conference call held Wednesday, he said it is “unclear how tribunal would have jurisdiction over playing surfaces and stadiums in another province.”

In the minds of the CSA and its lawyers it’s “likely” that the HRTO does not have jurisdiction over what goes on in other provinces, and Hern says it’s a matter that will be argued.

A group of elite women’s players have applied to the HRTO to hear their pleas for the 2015 WWC to not be held on artificial turf. They claim it’s a second-class surface which causes more injuries than playing on grass. But the CSA claims that turf surfaces designated as FIFA two-star are first-class, and are allowed by the sport’s governing body.

And Canadian Soccer Association President Victor Montagliani said that turf is used in elite men’s competition — which would defeat the argument that the use of the surface at the 2015 WWC is discriminatory. While he allowed that it hasn’t been used in a men’s World Cup (“not yet”), he pointed to qualifiers for Euro 2016 that were played on turf this past week, or the 2015 Gold Cup games in Seattle.

He was asked flat-out if Canada’s bid for the 2026 men’s World Cup would feature turf fields. Montagliani said that the CSA is in the “very early days in that process.” He said the CSA, like all federations that would want to bid on 2026, would need to see the parameters for bidding that FIFA will send out. Once the CSA gets those parameters, “we would need to look at it internally.”

Montagliani was asked if the CSA had considered any of their legal opponents’ suggestions to install grass or temporary grass surfaces in the six host stadiums and practice facilities. He said it hasn’t been considered, as “the stadiums are at the highest level.” Remember that the practice facilities and stadiums must feature the same type of playing surface, as per FIFA rules for senior World Cups. Each of the six cities is expecting to have two first-class training facilities. So, if a switch to grass was made, 18 playing surfaces would need to be switched over.

Hern said that his firm had received seven consent forms from the players on the pro-grass side, but one has been withdrawn He said the original complaint featured the names of 18 players, but two of those have been withdrawn. He said his firm is still trying to figure out who is actually behind the complaint.

And he denied that players on the pro-grass side are being intimidated to drop their names from the case.

“We’re not satisfied with the answers. We want to know who are instructing the lawyers in this case.”

The CFL preseason begins in June. The season usually kicks off around Canada Day (July 1). The CFL teams prefer turf as it is cheaper to maintain than grass, which is chewed up by football. Several CFL teams have made allowances in their 2015 schedules for the WWC; for example, the Edmonton Eskimos will be holding a large chunk of training camp and a preseason game in Fort McMurray, five hours from Edmonton by car or bus.