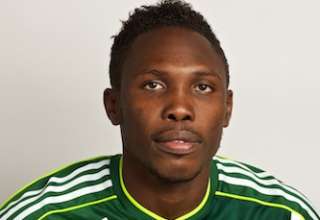 The Vancouver Whitecaps continued their slide down the Western Conference table with a loss in Dallas Saturday, but there is a silver lining out there for the fans in British Columbia.

Toronto FC began the post-Kevin Payne era with a resonating 4-0 loss to the host Portland Timbers. Yes, Whitecaps supporters will be unhappy to see a Cascadia and conference rival pick up maximum points and also pad the vital goals-for column. But, if this game was any indication of how Toronto FC will play out the string, the Whitecaps have to be hopeful that they can maximize their draft position in 2014.

That’s because the Whitecaps, thanks to the deal that brought Eric Hassli to Toronto last year (in the pre-Kevin Payne era, for those still keeping track of TFC’s “eras”), have the Reds’ first-round pick in the next draft.

Here’s how it breaks down: Toronto FC is stuck on 22 points, with seven left to play. D.C. United, dead last in the league, has 14 points and a game in hand on TFC. DCU burns that game Sunday, when it faces Chivas USA; the Goats are tied with TFC for the second-worst record in the league.

So, either Chivas or D.C. or both will gain ground on TFC this week.

As TFC slides down the standings, Vancouver’s position improves. And it’s a sad state when Toronto can’t even benefit from its own futility; it can’t take advantage of the great charity that’s the North American sporting system, where bad teams are rewarded with the best prospects.

So, could TFC still finish dead last? Tough one to pick: D.C. United would need make up eight points out of eight remaining games, a tough ask for a team that has just 14 so far this year.

Still, TFC showed that it might do its best to make the battle for last a little more interesting than it needed to be. Yes, you could argue that the Reds were missing four players — defenders Doneil Henry and Ashtone Morgan, midfielders Jonathan Osorio and Kyle Bekker — to national-team duty. But the Timbers were also missing players, too — including No. 1 keeper Donovan Ricketts and forward Ryan Johnson.

And the defensive mistakes that led to Portland’s goals were made by players who aren’t exactly living on TFC’s fringes.

The first goal, a blast by Kalif Alhassan right before the stroke of halftime, came after TFC’s Jeremy Hall made a hash out of what should have been a simple clearance out of the box.

The second goal didn’t come till after the 80-minute mark; but the final 10 minutes plus injury time was a comedy of errors that allowed the home side to get some real easy goals.

First, Gale Abossoumonde lingered on the ball too long, coughed it up to Timber Diego Valeri, and then crumpled to the ground in shame after Valeri had slipped the ball to Rodney Wallace, who converted the chance.

The third goal? TFC defender Richard Eckersley was so concerned about backing off and retreating towards goal, that attacker Jose Valencia was able to carry the ball into the box, fall down, get back up (with no one coming close to taking the ball away from him) and then square the ball to Canadian Will Johnson, who slammed the ball home.

Eckersley then got schooled again by Valencia; the fourth goal came after the fullback misjudged a cross, allowed Valencia to win the ball, then had Valencia steam past him and set up Sal Zizzo for a tap-in.

Eckersley did have some offensive chances; he did come close to scoring in the second half when he lashed one over the bar. But, sooner or later, his positional issues will overwhelm the heart and hard work, and he’ll force the next general manager to make some hard decisions.

You can wonder what if — as in what if TFC’s Darel Russell didn’t have an early chance blocked on the goal line? That was TFC’s best chance to break ex-Red Milos Kocic’s bid for a clean sheet — and it came before the 20-minute mark.

But that would be making for another excuse, wouldn’t it? And it’s also an excuse to say that this was a 1-0 game till the 80-minute mark, and then things caved in.

And, now that TFC has shed yet another regime, maybe it’s time to not talk about excuses anymore. It doesn’t matter when the goals were scored. A four-goal loss is a four-goal loss. Period.