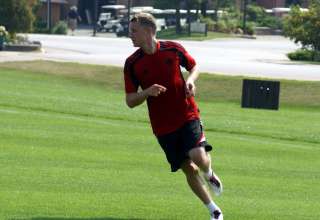 While some advance notes of these moves have escaped through Twitter, MLS has now confirmed that Toronto FC has waived seven, count ‘em, seven players.

Martina scored twice in TFC’s home opener against Portland, then quickly faded into irrelevance, following the likes of Laurent Robert and Collin Samuel, players with European experience who got off to fast starts with TFC but then went on to produce very little.

Viator had also trialled with the Montreal Impact in 2011, but he wasn’t claimed today by that team. But it will be interesting to see if there is any interest in Viator from the Impact going forward.

Gold and Omphroy had previously announced that they wouldn’t be back via Twitter.

Meanwhile, the Whitecaps had three on the waiver list. Midfielder Nizar Khalfan was claimed by the Philadelphia Union. Alexandre Morfaw was on the list, but the Whitecaps had announced his dismissal back on Nov. 8. Bilal Duckett was the other name on the list. The Whitecaps also lost second-round draft pick Jeb Brovsky to the Montreal Impact in the Expansion Draft.