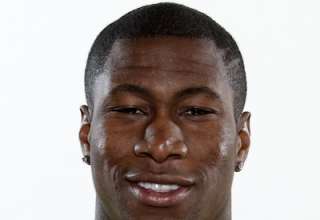 Tchani was part of the bounty acquired in the deal that sent Dwayne De Rosario to the New York Red Bulls earlier this season. But, with the addition of midfielder Terry Dunfield to an already crowded midfield, Tchani — who has yet to reach the potential of a player who was takes second overall in the 2010 MLS SuperDraft — became surplus to requirements.

“We needed help on defence and Andy is a defender that we have wanted to bring in for some time,” said Winter in a release from TFC. “After our deals yesterday we felt we could move a central midfielder of value to acquire an important piece. Leandre also provides us depth in the midfield.”

Defender Nana Attakora, midfielder Jacob Peterson and striker Alan Gordon were all sent to the Quakes on Thursday.

Even though Iro and Griffit don’t make big money, TFC’s salary cap takes a hit with this deal. Griffit is scheduled to make US$55,000 this year, while Iro will get a little more than $87K.

But Tchani remains on a Generation Adidas deal, which means his salary is exempt from cap considerations.

Iro leaked the deal to the world on his Twitter account before it was made official by MLS. “Seriously Crew fans. Even after not playing a minute in 15 games you still cheered my name. Loud! Hopefully Toronto fans are as great,” Iro tweeted.

Iro is a six-foot-five defender who can dominate the box on set pieces. A native of Liverpool, the defender came to America to play university soccer, and won an NCAA championship with the University of California Santa Barbara in 2006. He was taken sixth overall in the 2006 SuperDraft.

Griffit is a former Southampton player who hasn’t seen a lot of MLS action, even though the came to the Crew last year. He will likely be a depth player in TFC’s crowded midfield.