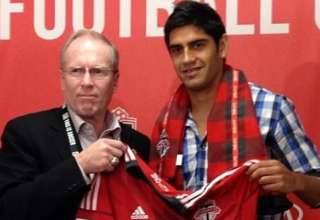 For an athlete, there isn’t an injury that’s more frustrating than a broken big toe.

It hurts enough that an athlete can’t run on it or, in the case of a soccer player, plant a foot or kick a ball. But you can’t do much about it. You can’t do therapy on it. You don’t set it. You just have to stay off of it.

A broken big toe will keep Toronto FC Designated Player Matias Laba out of MLS action for the next four to six weeks. The club confirmed the injury to Laba’s right foot on Wednesday.

Laba suffered the break in Saturday’s loss at Columbus, the same game in which fellow Argentine Maximiliano Urruti made his MLS debut. Toronto FC supporters who were looking forward to see how Laba and Urruti would work together will just have to wait.