May 25, 2022
9 New Articles
Home Canadian Premier League CanPL News and Notes To be evangelical CanPL boosters, we can’t be preaching to the choir 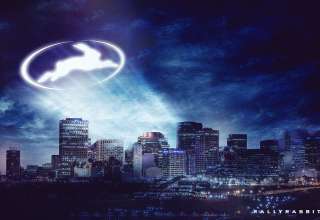 As a writer and editor, one of the most troubling things to rise out of the social-media share-share-share society is confirmation bias.

That is, through the way the average Joe makes friends and blocks people on social media, each person tends to become part of a group that has a lot of the same tastes and views as (s)he does. New Democrats friend other New Democrats. Soccer fans gravitate to other soccer fans. Pipeline supporters go to other pipeline supporters, anti-pipeline people go to other anti-pipeline people. Because we move to these matched groups, we’re often gratified by being told that we’re right, and get way too overly offended when, the odd occasion arises, we’re told that we’re wrong.

Confirmation bias is a scary, scary thing, because it shuts us off from debate — or gives us a false sense that the things we like are more popular than they really are.

“So what does this have to do with anything?” you wonder. Well, I worry that, as Canadian soccer supporters, we have created our own culture of confirmation bias, and we also have a very insulated social circle. But, as the Canadian Premier League prepares to launch in 2019, supporters are needed to be the evangelists to spread the new soccer gospel. But, are we only preaching to the converted?

The thing that strikes me about Toronto FC’s success is how much the team has crossed over into the mainstream sporting consciousness of those in Canada’s largest metro. But, that level of penetration doesn’t exist everywhere in Canada — and it’s those “other” markets which the CanPL will need so badly.

On Friday, I was at a mixer put on the YEG4CPL group. Sea Change, a local brewery, debuted its Rabbit Blonde Ale, made especially for the supporters who want to see FC Edmonton resurrected for the 2019 CanPL campaign. The supporters were enthusiastic, the atmosphere was great. There were many conversations at various tables about how the game could be built in the city.

There will be another YEG4CPL event this coming Friday.

But will the same people will come out the next event? And the event after that? And, if it’s going to take thousands of season-seat commitments to convince the Fath brothers to bring FC Edmonton back to life, I wonder if these events are reaching enough new people. Last week, when those at the bar were asked who had yet to make their season-seat commitments, only one person raised his hand.

We need to accept that the soccer community in Canada is very insular, gathering at the same pubs to watch Premiership on weekend mornings or MLS matches in the afternoon. The minor-soccer parents run in the same circle. And, because, within the group, we share excitement about the CanPL, are we not recognizing that we all have a lot more evangelical work to do?

Basically, folks, it’s time to find the folks who made fun of you in high school, shake their hands and ask them, have you ever been to a soccer game?

It’s time to take these soccer gatherings and place them in bars where there’s not a scarf to be seen. It’s time to tell the businesses you support that you’re a soccer supporter, and your money matters.

Instead of being the smartass who has to go on Twitter to remind everyone that soccer is the world’s most popular sport and that the World Cup is way bigger than the Super Bowl, try to share your enthusiasm for other sports, and suggest that others give soccer a try in a totally non-snobby, non-passive-aggressive way. Come on, I know it’s hard. But you can do it!

Be nice. Be outgoing. It’s time to preach to a new church. Is that so difficult?