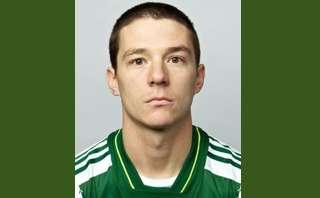 Canadian national team-regular Will Johnson is the MLS Player of the Week, after his second-half brace allowed his new club, the Portland Timbers, to roar back from two goals down in the Colorado altitude and earn a 2-2 draw with the Rapids.

Johnson began the rally when he headed home a cross from ex-Toronto FC forward Ryan Johnson. Will finished the brace when he converted a penalty late in the second half.

Of course, we’re all still getting used to the site of Johnson in Portland Timbers green and white; he’s been a fixture at Real Salt Lake, and it still sounds weird to say “Portland Timbers’ captain Will Johnson.” Of course, with the years spent in Salt Lake City, the Colorado altitude would have affected Johnson the least out of anyone in the Portland lineup.

Johnson got 12 out of the 30 first-place votes submitted by the members of the North American Soccer Reporters. He might have got competition from a Sporting Kansas City representative, as SKC put in a dominant performance in ending the Montreal Impact’s perfect start to the season. SKC’s problem, though, was that its 2-0 win was so dominant, you could have picked a couple of worthy candidates out of the pile. So Graham Zusi (five votes) and Benny Feilhaber (four votes) split the ballots, allowing Johnson to cruise.

How The 11 voted: We were tantalized by Feilhaber’s two-assist performance vs. the Impact — but, in the end, he got the second-place vote. Johnson edged it in our minds.