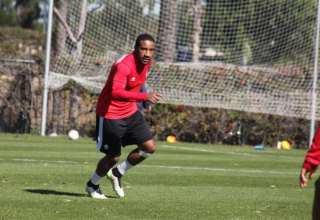 We saw another example of it Wednesday, as the Ottawa Fury announced the signing of 27-year-old midfielder and Ottawa native Jamar Dixon. He had been playing in Finland for FF Jaro, but said in the team’s release that he was thrilled to come back home.

“I’m happy to be a part of Ottawa Fury FC. This has always been a dream to play for a professional team in my city and I’m excited to get started,” said Dixon. “Hopefully this move will also give me more exposure for the national team. At this point in my career, I think it’s a positive move and a great step to be playing back home, especially in the NASL which is growing so quickly.”

Dixon is just part of a growing trend of Canadians who are deciding that home soil is the best place for them to be. Dixon, who got his first national-team call-up earlier this year, is the newest member of the “come back to Canada club.”

• The much-travelled Tosaint Ricketts has been on trial with Toronto FC (update: About an hour after this was originally posted, Ricketts signed a deal with TFC), and Marcus Haber has been linked to the club;

• Ben Fisk, who spent the last two years in Spain, is on trial with FC Edmonton;

• Nik Ledgerwood, an Alberta native, signed with FC Edmonton in 2016; • Daniel Haber, who had played in Israel and Cyprus, is now with the USL’s VWFC2;

• Will Johnson crossed the border to sign with Toronto FC; he was with Portland last season;

• Fraser Aird came to the Whitecaps, on loan from Rangers

Just as national-team coach Benito Floro has been successful in bringing in players like Scott Arfield, Steven Vitoria and Junior Hoilett into the national side, the Canadian club teams are finding that national-team-pool-calibre players are coming back to this country in a way, well, that’s unprecedented.

The way this is going, there may no longer be a point in Floro setting up friendlies for Canada in European soil. After all, the point of those games was to give the European-based Canadians an easier to commute to the national-team camps. Soon, those Euro-based camps may be pointless.