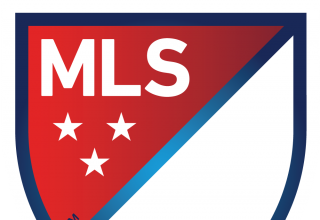 (Yes, I have written my fair share of season previews. And hated doing them. Nothing is worse than making someone paid to write stories to come up with lists and rankings. Ugh. But a Toronto FC player did once have my Toronto Sun spread taped to his locker — after I picked the Reds to finish last — so there’s that.)

Why do we keep boring our readers with season previews? Will we ever learn? Last season, only two teams — the New York Red Bulls and FC Dallas — picked up wins in more than 50 per cent of their games. And neither of those sides made it to the MLS Cup final. Four points separated the No. 2 seed from the No. 6 seed in the Eastern Conference. How do you possibly handicap a league where excellence is defined by earning far less than an average of two points per game? It’s like trying to pick your favourite shade of white.

Simply put, this is a league that, despite the introduction of Designated Players, hasn’t moved away from parity. Those so-called game-changers haven’t really changed the games all that much. They’ve given us the illusion of bringing great change to MLS, but in fact Drogba and Kaka and Giovinco and Keane only fit right into the the league’s law of averages — even if they do offer highlight-reel entertainment.

To put it bluntly: MLS is always a crapshoot. It has been like this in the past, and it will be like that again.

But, instead of looking at comings and going and key players and all that stuff that won’t matter one lick when the first ball is kicked this weekend, let’s look at the TWO major factors that will decide whether or not your favourite MLS team will contend:

Rule 1: You want your favourite team to suck early in the season.

Yup, you read that right. If you understand how MLS works, you’ll know that you want your team to be doing anything but playing its best soccer early in the season. Thanks to a long schedule, travel and the playoff system, MLS is a league that’s not about consistency — it’s about peaking at the right time. That right time is the autumn. Teams can’t possibly stay hot for an entire year, and the good ones save their best games for later in the campaign.

In fact, the more your teams sucks early in the season,the better your chances of seeing silverware at the end of it. So, Toronto FC fans, don’t worry about a long road trip to start the season; early-season losses are harbingers of big-time success down the road! And, for fans in the respective cities watching the Montreal Impact-Vancouver Whitecaps match, cheer for the other guys! It’s the RIGHT thing to do!

Last season, the Portland Timbers didn’t win a match in March. And, the Timbers went on to win just three of their first 12 games. Yet, thanks to a strong finish and a surge in the playoffs, the Timbers captured their first MLS Cup.

Now, go back to 2014. The Los Angeles Galaxy took MLS Cup — but, like the Timbers didn’t win a game in March (but, to be fair, the Galaxy only played two games in that month). More telling is that the Galaxy won just two of its first eight MLS matches.

In 2013, Sporting Kansas City won its first game of the season, then went winless in its next three. It too suffered a very rough start to the season — and then went on to win MLS Cup.

In 2012, the Galaxy lost three of its first four matches and went on to win MLS Cup.

Rule 2: You don’t want a player on your favourite team to have an MVP season.

Sure, Sebastian Giovinco brought us out of our seats last year, but let’s be honest. His MVP season, his spectacular goals — all it did was elevate Toronto FC to the sixth playoff spot in the East. And that was a spot that didn’t exist in the 2014 season.

Fact is, only once since 2009 has the player who has won the MVP award also got his hands on MLS Cup. That was Robbie Keane in 2014. Last season was an extreme example, when some of the most anonymous teams in the league went on deep runs in the playoffs while the superstar-Designated Player-laden sides sat on the sidelines. But this speaks to the fact that, no matter how wonderful the DP, the salary cap always wins — and parity rules.

So, got it? No individual greatness. A terrible start to the season. Those are the key ingredients your favourite MLS team needs to have success in the long run. So cheer for that high-priced Designated Player to struggle, and for your team to lose its home opener!

It’s what an educated MLS-team supporter would do.