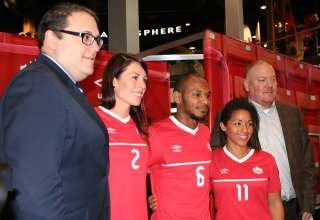 Edmonton will have more games at the Women’s World Cup than any of the other host cities, including the first two Canada group-stage matches.

The men’s team begins World Cup qualifying in June and then will be in the Gold Cup, with a potential berth in the centennial edition of the Copa America on the line.

Since The 11‘s readers have always flocked to stories about new kits, here are some pics from the event, also featuring Canadian Soccer Association President Victor Montagliani and Umbro Canada Vice-President Mike Shoemaker.

It’s worth noting that the shade of red on the sleeves of the shirt differs slightly than the red on the body of the jersey. Shoemaker said that previous incarnations of the jersey had shades of red that were more “aggressive” in how different they were from each other but, in the end, the choice was made to go with crimson tones that were only subtle in how they varied. 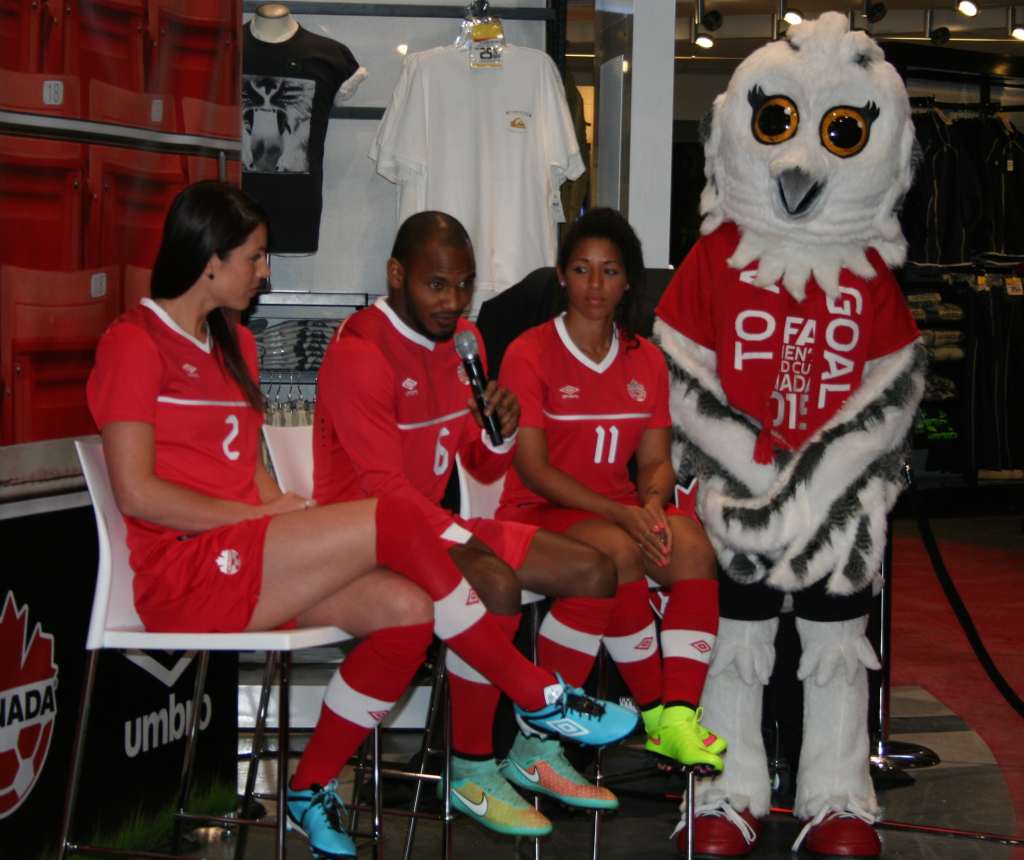 The jerseys also feature new fonts for names and numbers. Gone is the bubbly look of the letters and numbers, replaced with a more angular scheme.