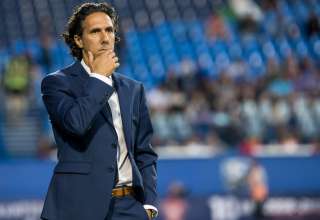 You know how the MLS season is over? Because the Montreal Impact have parted ways with yet another coach.

You can set your watch to it. The MLS has Decision Day, and then the Impact announce that the coach will not be back for next season. On Monday, it was announced that Canadian head coach and Impact fixture Mauro Biello was gone.

This means that the Impact will be looking for its fifth, that’s right, fifth head coach in its MLS history. The Impact has only been in MLS since 2011. To call the Impact head-coach job a poisoned chalice would be an understatement. Basically, the day you get hired, you get a cyanide capsule.

And, this is a pattern that the team had in NASL, too. From 2008-2011, the team had three head coaches. So, put MLS and NASL together, and the next head coach the Impact hires will be its eighth in less than a decade.

At some point, the realization has to come that the issue with the team can’t always be the coach. When you burn through coaches like they’re interns, it’s a sign that there’s bigger problems up the ladder. And, when coaches know that Montreal is a place where the seat is always hot, that means it won’t be considered a prime destination. If a coach has a choice of places to, Montreal won’t be at the top of the list — based on how little patience has been shown with coaches in the past. The more you burn through coaches, the more you show yourself to be a B-level or C-level destination. And, if you want to try and bring in a top coach, his answer might be “why would I bother?”

And it’s not like the team’s history has been awful. In this period, the Impact have got to the Eastern Conference final and a CONCACAF Champions League final. There are a lot of MLS teams whose records have been a lot sorrier over the past six years, and have a lot more stability.

The thing is, when a coach comes into a team, he inherits the previous regime’s team. It takes a while before the team truly becomes his. FC Edmonton coach Colin Miller once told me that it takes about three years before a manager can truly say that a team is 100 per cent of what he wants it to be. So, when you burn through a coach a year, like the Impact does, no one really has a chance to put a stamp on the team. It’s hard to say that any of these men were to blame — outside of Marco Schallibaum’s temper — because they weren’t in the job long enough to judge them.

Montreal is a place where coaches go to die. That’s not a reputation a club wants to have. At some point, this franchise will need to commit to someone’s multi-year plan, enjoy the highs, and learn to endure the lows. Until then, Montreal will continue to be seen as clearly third amongst the Canadian MLS cities.