December 09, 2022
9 New Articles
Home MLS Montreal Impact The Impact threw away the Voyageurs Cup 10 minutes before Cabrera was sent off 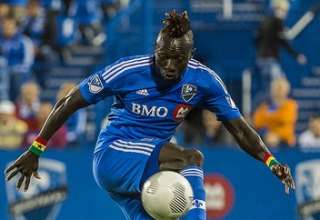 At the 30-minute mark of Wednesday’s second leg of the Amway Canadian Championship final, the game had a feel of inevitability to it.

Referee Silviu Petrescu brandished a yellow card in the face of Montreal Impact defender Victor Cabrera for a second time. Cabrera had just brought down Octavio Rivero just outside the box, a simple call for the referee to make. That meant the Impact had to continue a full hour down to 10 men, with the aggregate score at 2-2.

The Vancouver Whitecaps already had two away goals from the first leg; going into the second leg, the Impact players knew that the likely route for them to defend their Canadian championship would be to win at BC Place. When Cabrera made the walk towards towards the dressing room, those chances became very slim.

Rivero scored soon afterwards — a tap-in after Cristian Techera had his first shot blocked in the box, then had a second bite of the cherry deflected goalward by keeper Eric Kronberg. Whitecap defender Tim Parker scored off a corner in the second half to give the Whitecaps a 2-0 lead — and that would be the final score.

The Whitecaps finally could hoist the Voyageurs Cup over their heads.

Well, let’s rewind to the 20-minute mark, 10 minutes before Cabrera was given his marching orders.

The Impact was set up to bunker and counter, a system that served the team well in its run to the 2014-15 CONCACAF Champions League final. Speedy striker Dominic Oduro was the lone man up top, and it would be up to him to pace the counterattack.

And, at the 20-minute mark, that chance for a counter came to the Impact. The Whitecaps got caught deep in Montreal’s final third, too many bodies committed forward on a set piece. The ball came to Oduro and, by the time he reached the centre circle, he was leading a four-on-two rush.

When a team wants to bunker and counter, it needs to make sure those counterattacks pay off. Montreal’s four-on-two was a comedy of errors. It should be shown to atom-age players as a lesson on how not to attack. First, Oduro carried the ball for far too long. With both Whitecaps centre backs backing off down the middle, he had options down each wing. Wide open, both of them. When he did play the ball (finally!), he made an awful pass to Justin Mapp down the right. That pass forced Mapp to have to run away from goal to play the ball. And, because Oduro waited too long to play it, Mapp’s run to recover the ball also took him too close to the end line.

But, all was not lost. Mapp got to the ball, and the Impact still had three players in the Vancouver penalty area. But, those three players all went far too deep; in that situation, one player should hang at the top of the area so he can be facing the goal and run on to any ball in the area (fundamentals of attacking 101). Mapp played the ball to the top of the area, which was the right thing to do. Yet, all three of his teammates went charging for the goal line.

From a four-on-two to nothing. The Impact shot itself in the foot. Surely some of the Impact supporters will cry about the first yellow that was given to Cabrera, which paved the way for his sending off. But it’s hard to cry for a team that plays for the counterattack and, when it gets the chance, shows such a lack of fundamentals that you just want to cover your eyes.

That was the Impact’s chance. If Montreal had made it 1-0, maybe the game would have changed. But, to not even threaten the goal? Awful. And, the Impact wouldn’t get a better look at goal for the rest of the game.