September 26, 2021
9 New Articles
Home Global Game Europe The friendly season: Why the magic of the Euro-team visit has faded 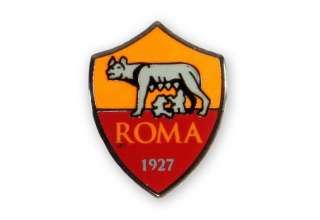 As has been reported by media in Canada and Italy (CLICK HERE for Sportsnet’s report), Toronto FC is expected to announce an August 7 friendly which will see Serie A power AS Roma come to Canada’s largest city.

By now, this site has challenged the wisdom of plunking friendlies into the summer silly season to the point of exhaustion. We all know the arguments — yes, July-August is when the major European powers are in their preseasons, but why congest the already busy schedules when temperatures are warmest and the collective stamina of MLS players are already challenged.

And the games will still happen. We also understand the financial difficulties most of the so-called European giants face (it’s really hard to talk about any business that loses millions of Euros a year a giant, isn’t it? Is a Serie A football club a giant the same way that Chrysler was a giant before Lee Iacocca?), and that’s why they can’t resist the North American cash cow. By now, the European visits carry about the same grace as your teenage child coming back to you for the umpteenth time asking for money.

But, there was a time when these friendlies were exciting. When Real Madrid came to Toronto in ’09, when Cristiano Ronaldo was welcomed like a rock star, the Euro visit still had a sense of occasion.

Since then, across North America, we are seeing varied emotional stages. First there was excitement; think back to 2003, when the Championsworld Series saw some of the biggest European clubs pack houses in stadiums across North America. (The tours still lost money, though). Real Madrid’s visit to Toronto in 2009 came in the MLS club’s third season, when there was still a new-car smell to the franchise. And, well, after Madrid, there aren’t many other opponents you can bring in that will raise the bar. Even a big English or German or Italian side will feel like seeing a bar band after you’ve had the chance to teleport to 1968 and see the Stones live in the flesh.

Over the last few years, the friendlies have generated anger from the supporters’ groups, those who feel these show-off games make the MLS clubs seem like they are cheapening their own regular seasons.

Then, there’s acceptance — that these friendlies aren’t going away. A lot of the hardcore supporters don’t go, but there are more than enough casual fans to replace that gate, and then some.

And, now, the inevitable. Boredom. Yes, the Italian soccer fans will be excited, but will it strike a chord outside of that core of support? You can’t escape the feeling that these friendlies, outside of their niche markets, aren’t commanding a lot of respect in the mainstream. Why be excited about Euro clubs coming to North America when NBC has made the English Premier League its domain? Satellite television and the Internet have shrunk our world. Does Lionel Messi seem as exotic as Maradona did? No. You see him in the same superstar light as LeBron James.

I remember watching Portuguese giants Porto play then-Hungarian power Vasas at Varsity Stadium in Toronto. I was a young boy, and my dad took me to the game, and the players seemed mystical, figures from the back page of the newspaper or from grainy soccer highlight VHS tapes. There was an air of mystery to the game, like watching mythological players come to life on a hot summer day on Bloor Street.

But, now North American pundits sit in studios in Toronto and Winnipeg and Los Angeles and Connecticut and pick apart the European leagues as if they were sitting in London or Rome. The mythology has been replaced by regular exposure. It’s not a bad thing — but it certainly spoils the senses of occasion these North American friendlies used to have.