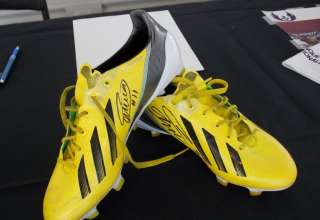 Montreal Impact fans are known for turning up, sometimes in great numbers, to support their boys on the road.

But, the bulk of the Impact supporters in the stands when the team goes on the road Aug. 21 to face CD Heredia will likely be from a little closer to Guatemala City than to La Belle Province.

If things pan out, some 300 of Jeb Brovsky’s friends and acquaintances, most of them orphans, will be attending. The popular and socially concerned defender met the youngsters through the work of his non-profit organization, Peace Pandemic, which he founded during his college days and has used since as an instrument to promote peace and human rights, particularly for children and women. He’s traveled to India and Guatemala during the last two off-seasons to put his opinions into action.

Capturing the Amway Canadian Championship meant a CONCACAF Champions League berth for the Impact. When the Guatemala City side was announced as an opening round opponent, a light went above the Colorado-born defender’s head.

“When Jeb learned that the Impact were going to play in Guatemala he tweeted, ‘Why don’t we invite the 600 youngsters I met?’” said Benoit Labonte, a ranking member of The Jebi Knights, an organization with the motto “Go Impact The World.” On its website, the group describes itself as “Peaceful hooligans becoming Guardians of Peace and Justice.”

“The Jebi Knights are his personal fan club so we said, ‘We’ll take care of it’. We made and sold scarves and organized (a fundraising) evening. We also posted on our website that people who weren’t interested in buying a scarf or attending tonight could still donate to the project through donations to Peace Pandemic,” Labonte continued. “These are all orphans that Jeb visited last winter with his wife, Caitlin. Originally, they wanted to invite 600 kids but since they’re all from orphanages and some of them are a three-hour drive from Guatemala City he said ‘We’ll concentrate on orphanages in and near Guatemala City’. There’ll be about 300 youngsters there in a distinct section all wearing bright coloured shirts.”

The fundraising evening, held this past Saturday, saw items, such as a pair of Impact forward Sanna Nyassi’s shoes and an authentic Patrice Bernier Canadian national-team jersey, put up for auction.

On-site partnering agency, HANDS Organization , will be co-ordinating things on the ground in Guatemala, assuring that the youngsters will be chaperoned, supervised and safely transported. All will receive a healthy balanced meal as part of the bargain as well as a gift, if funds permit.

The Jebis established an objective, easily surpassed it and managed hook up with a patron as well so funds will almost certainly permit at least a cadeau per kid above and beyond the shirts they will be receiving.

“We set a goal of $3000 but we surpassed that. We’ll be announcing that we raised $5,300 without taking into account the proceeds from the silent auction and Joey Saputo will match that on behalf of the Impact,” Labonte said.

The take totaled $6000, doubled to $12,000 according the acknowledgement on the Jebi Knights website.