May 22, 2022
9 New Articles
Home Canadian Soccer The Association The Easton Report: What it means for Div. 3 in Canada 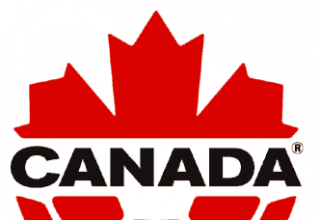 The long-awaited Easton Report is out — and, in it, former national-team player James Easton recommends the best course of action is a regionally-based series of Div. 3 leagues, governed by a single umbrella organization.

Just like the CHL oversees the QMJHL, OHL and WHL and then administers the Memorial Cup tournament that ends the junior-hockey season, the report recommends creating a favourable environment for investors to build regional leagues, which would be administered by a body that could also crown a national champion.

The regional Div. 3 teams would promote but not be limited tomU-23 talent, have strict controls on imports and would promote locally bred players, either from CIS or regional youth clubs.

As well, with the release of the report, the Canadian Soccer Association clarified its position on the Canadian Soccer League. The CSA made this statement, following the CSL’s weekend claim that it still had a CSA sanction. The CSL has been wrestling with confirmation that a 2009 match between the Trois-Rivieres Attak and Toronto Croatia was fixed, and the league itself admitted that, annually, $185 million is gambled on its matches.

Is there a home for the CSL, a regional Ontario league that carries the “Canadian” name, in a new Div. 3 world? Here is what the CSA had to say:?

“The Canadian Soccer Association Board of Directors has received and endorsed the recommendation provided by the Division II viability study conducted by James Easton and the Rethink Management Group. The model of a regional semi-professional development-focused league presented in the study was deemed the most realistic starting point in trying to restructure the Canadian Men’s competitive environment and better align with our efforts in player development.

What stood out to me in the report:

That the existing four Div. 1 and 2 pro teams in Canada, the three MLS teams and FC Edmonton of the NASL, should be encouraged to have their reserve/developmental squads play in a new Canadian Div. 3 set-up. This offers the biggest thorn for MLS, which just struck a deal with USL Pro to develop affiliated reserve clubs.

USL Pro is sanctioned as Div. 3 in the U.S., while NASL is Div. 2. And, the CSA has already stated that it will not sanction teams playing in USL-Pro as Div. 3 in Canada, as it was going to protect the regional-league vision presented in the Easton Report. So, now MLS and USL are left with major, major questions — how to implement the plans on TFC, the Montreal Impact and the Whitecaps, when the national sanctioning body is urging those clubs to develop players within a Canadian Div. 3 system.

This could be the first major crack we see in the relationship between MLS and its Canadian clubs. Yes, CSA President Victor Montagliani has said that the three Canadian MLS teams can be involved with USL-Pro, but those games would not be recognized by the CSA. Basically, they would be seen the same as an intrasquad game, OK for a team to develop its own players, but of no import outside of the club in question.

Make no mistake, the CSA’s decision to protect a national Div. 3 vision, while at the same time endorsing a report which backs away from a national Div. 2 strategy, represents a major, major win for NASL over USL. FC Edmonton and Ottawa will be recognized as Div. 2 in NASL, while USL can’t cross the border — at least not in a way that would be recognized as, well, Canadian.

And, this begs a bigger question of MLS — knowing that this report was going to be released soon, why push a vision that’s incompatible with that of the Easton Report. Why show such disrespect to the Canadian Soccer Association?

Also in the report was an urging to relax financial requirements for a team’s first three years of entry into a semipro league. Easton and his researchers know that the best way to create a new Division 3 is to use existing amateur clubs that could easily convert to the semipro model. In Edmonton, one would only have to think of how Edmonton Scottish could become a Div. 3 club, as it’s regarded as one of the most powerful men’s programs in the country and already has former NASL players on its roster. Better to use established teams than pure expansion sides from scratch.

Finally, was the carrot of offering more Voyageurs’ Cup places, so Div. 3 teams could gain entry. This would offer the chance for teams to offset some of the financial risk of jumping into the uncertain world of Div. 3 — a chance for a lucrative date against the likes of a Whitecaps or Impact.