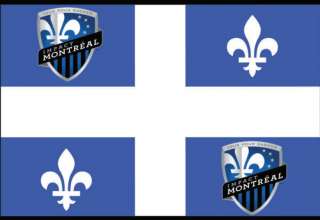 Montreal’s fans are different than soccer supporters you’d find in the rest of Canada. They feel the pull of their unique Quebecois heritage; if a Canadian league ever launched, they might constitute the most difficult market in which to succeed. So, we asked them… What’s more important: The Impact developing Canadian soccer players, or the Impact doing what needs to be done in order to win games in a predominantly American league?

Arguments have been made that a domestic reorganization could stem the flow of young players heading overseas, strengthen the game at both the amateur and the pro levels, result in having more players easily available for national-team duty and raise Canada’s standing in the international rankings.

But, a lot of things that find favour in the rest of Canada don’t gain the same traction in Quebec.

I contacted the Ultras, the best-known supporters group associated with the Impact, as well as two season subscribers who began attending games before the Impact joined Major League Soccer. Stéphane Bertin has been a season-ticket holder since 2008, while Pierre Mailhot has been an avid soccer fan since the days of the Montreal Manic.

(Parties submitted their responses and comments by email)

Mailhot did not think that a home-based league would change things significantly, saying that the players with talent would still go overseas.

“Europe is Europe and that attraction will always remain, MLS or not,” the Ultras said. “If the league functioned differently and the Canadian league didn’t have a salary cap, probably. Unfortunately, we’d end up with a league as predictable as the Scottish Championship.”

As to whether a Canadian league would find favour with Impact fans, Bertin replied: “No. It would be great if Canada could have its own domestic league like most countries do, but we’re just not strong enough. I can’t see how it would be economically viable. It’s a drag to admit it, but we are dependent on the U.S. for quality football.”

What the Ultras would like to see is a more developed Canadian Championship. Right now, only the three Canadian MLS teams and the two Canadian NASL squads are allowed into the tourney.

“Before thinking of forming a Canadian league, it would be possible to improve the already existing competition, one that is governed by the Canadian [Soccer Association]. We have all the tools needed for the job. It’s a little ridiculous to think of forming a Canadian league without even trying to grow the Canadian Championship. We would like to have the opportunity to face Ottawa, Québec, Trois-Rivières.”

They don’t think that a league with a focus on developing players for the Canadian national team and World Cup competition would be any easy sell; but do see some positive local potential.

“This is not something that would be of interest to a good number of fans, including several of our members. However, if it allows for the development of more young players, the Impact could benefit since Quebec players are more inclined to make their careers with the Impact rather than try their luck elsewhere in North America, as the more mobile American players tend to do.”

The Impact and its Quebecois Roots

The Quebecois nature of the team and the fact that the roster has traditionally found space for local players have long been some of the stronger ties binding fans to the Impact.

“It’s very important, but I think that, under the proposed [Canadian league] system, players like [current roster players] [Maxim] Tissot, [Patrice] Bernier, and Wandrille (Lefèvre) would try to move on to stronger leagues,” Bertin offered. “And we’d be left with the likes of Pierre-Rudolphe Mayard, Reda Agourram and Kevin Cossette.”

“Impact fans have a very strong attachment to local players,” said the Ultras. “There’s a sort of intentional blindness when it comes to the players who graduated from the academy. We are more forgiving of their errors and under-performances because they are home-grown players. We also have a soft spot for Francophone players from around the globe.”

Mailhot also agreed on the importance of local talent but figures that winning trumps geography.

“It’s important, but winning is more important. If you win with local players, great. If you win with imported players, you still win. “Impact supporters are probably the Canadian fans who are the least interested in the national team, probably for socio-political  reasons, but that doesn’t mean that we do not recognize or appreciate the Canadian nature of the Impact,” replied the Ultras. “It’s one of the things differentiating us from the Americans, particularly in the MLS rulebook, but ultimately it is the Montreal character of the team that takes precedence for us.”

Mailhot feels that a Canadian face is also secondary to putting games in the win column, while Bertin explained why he is a less-than-enthusiastic supporter of the national side.

“I liked Team Canada back in the day. I even went to a match against Honduras at Saputo Stadium in 2009 but they haven’t been back since then. They continue to say that Toronto is their home and, even though they haven’t had success there, they insist on playing 90 per cent of their games there. So, no, I don’t feel particularly included in Canada.”

Asked about the effect an all-Canadian league would have on, rivalries and level of play, the Ultras answered that any rivalries the Impact may have with American teams are dwarfed by the one with Toronto FC.

“However, as active fans we place a lot of importance on the energy level in the stands,” they said. “Even though MLS crowds are often a little reserved, we do see a lot of potential in that leaguefor more activity in that area,” they said. “We can see advantages and drawbacks to both leagues. We feel that an expanded Canadian Championship with the Impact in MLS would be the best medium-term avenue to follow.”

Bertin theorized that Impact owner Joey Saputo would lose the rest of his hair if it came to pass, given the time and effort he has devoted to implanting the game in this province. He then spoke on rivalries.

“I’d rather get a hate on for the New York Red Dulls or Philadelphia Onion that try to work up animosity towards a flavourless FC Moncton or Regina FC.”

All three parties said that having the Impact play in a Canadian league would not prompt them to cancel their subscriptions, however they could envisage others acting differently.

“I’m a die-hard supporter of the Bleu, Blanc, Noir,” said Bertin. “However, we have trouble filling the stadium while playing in the top league in North America. So I can’t see how the team, even if winning, would attract more than the 8,000 to 9,000 it did in the NASL days.”

“It might have the same effect as the Eurosnobs not coming to MLS, USL or NASL games,” said Mailhot. “Some would say the calibre of play is not good enough for them.”

“We were there when the Impact played teams like the Syracuse Salty Dogs so it’s not a lack of glamour that will keep us away,” said the Ultras. “It would be idealistic, however to think that it would not have an effect on subscription levels. People come to the stadium to support the Impact but also to see the opponents. There would probably be the same effect on sales as when the Impact went from NASL to MLS but with the numbers going the other way.

“There are a lot of bandwagon passengers out there. We completely disassociate ourselves from them.”