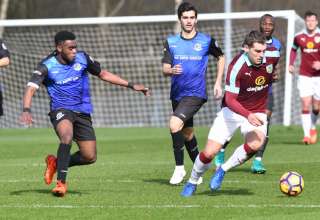 After three seasons with the Ottawa Fury, Canadian midfielder Mauro Eustaquio has a new home with FC Edmonton. We trace the player’s career, from Portugal to Leamington to the Alberta capital…

Leamington, Ont. is Canada’s southernmost mainland municipality, jutting out into Lake Erie — it’s a scream across the water to Ohio.

Leamington is famous for tomatoes, and was the centre of a Canadian consumer firestorm in the spring when the Heinz company decided to get its ketchup paste somewhere else. Canadians took to social media to announce that they wouldn’t support a ketchup manufacturer that was no longer getting its raw product from Leamington-area producers.

Leamington also the home of Canadian midfielder Mauro Eustaquio — who spent more than a decade in the city of nearly 30,000. He grew up in a tight-knit community of Portuguese immigrants — Eustaquio was born in Portugal, but his family moved to Leamington when he was one. And, of course, soccer was a big deal.

“It was good,” Eustaquio says of his childhood. “There was a big European culture in Leamington. So, soccer, I wouldn’t say it was the number-one sport, but it was definitely up there. My parents had a big group of Portuguese friends who all had kids, we were all the same age and we all played soccer. So, basically I grew up playing soccer in a good environment.”

Eustaquio moved back to Portugal he was 12. But he’s been back in Canada since 2013, when he joined the Ottawa Fury. In 2015, he became one of the Fury’s key midfield pieces; under coach Marc Dos Santos and the watchful eye of veteran Canadian midfielder Julian de Guzman, Eustaquio flourished. He played in 20 NASL games, totalling 1,461 minutes of game action. The Fury went all the way to the NASL Championship game, only to lose to the New York Cosmos.

But, in 2016, a new coach, Paul Dalglish, replaced Dos Santos — who had left to take the helm of Swope Park Rangers, the USL affiliate of Sporting Kansas City. Under Dalglish, Eustaquio was reduced to a role-player position, mainly coming on as a sub late in games. What made that sting all that much more was the fact that many of Ottawa’s starters from 2015 were no longer part of the Fury as part of cost-cutting moves. Even though the guard was changed, there wasn’t room at the inn for the Canadian.

Then, the deal fell through. Eustaquio says he doesn’t exactly know why the loan move was aborted, but he remained in Ottawa, where he would team up with defenders Mallan Roberts — who FCE loaned to Ottawa — and Eddie Edward, who the Eddies released in the spring of 2016 so he could sign with the Fury and attend to an urgent family matter. Edward is born-and-bred Ottawan, and FCE respected his wish to be sent home.

Eustaquio finished the 2016 NASL season with just 868 minutes played. The Fury had announced that the club planned to leave the NASL for USL, which would later get the benefit of a United States Soccer Federation decision that allowed the league to match NASL’s Division-Two status. Dalglish offered Eustaquio, whose contract had expired, a chance to make the move to USL with the Fury. But, after a long heart-to-heart, both coach and player decided the best course of action was for them to go their separate ways — and Eustaquio finally made the move to FC Edmonton, this time as a free agent.

“What it comes down to is that I’ve got to play,” says Eustaquio. “Two seasons ago with Ottawa, we went to the final and I played a lot of minutes. Last season, I got to play some, but my role wasn’t the same.

“What can you do, right? It’s part of the business, people move on. I just have to thank Ottawa for the time I was there. The fans were great. The community is a great place. But, for me, it was time to move on. I thought I had to take the next step in my career and Edmonton is a great challenge. I want to be on a winning team.”

Eustaquio joins a roster that features a heck of a lot of Canadian national-team players. Ben Fisk has a senior cap. Adam Straith and Nik Ledgerwood are Canadian national-team veterans. Canadian Allan Zebie is at fullback, while centre back Marko Aleksic looks to break into the first team. And coach Colin Miller has represented the national team many times as a player first, then in two separate coaching stints.

Miller recalls a conversation he had with Fury assistant coach Martin Nash, who gave Eustaquio a glowing recommendation. Miller and Nash were former Canada teammates; and Miller has used his network of former national-team compatriots in the past. In 2016, he signed defender Papé Diakité after the player’s agent, Alex Bunbury — one of Canada’s best-ever strikers — contacted Miller. Bunbury’s client was advertised as a real diamond in the rough; he would go on to become the NASL’s Young Player of the Year in 2016.

“I spoke to Martin Nash at length about Mauro,” says Miller. “Mauro came very, very highly recommended. It fell through last season for one or two reasons, but I know Mauro had other offers to go to the USL. But once he heard that the Eddies were interested in him, he jumped at the chance to come here, because he knew we were interested in him at one earlier point. He knows the demands of what’s required of him. He’s got good qualities, he’s another Canadian we can give a chance to… we want to try and make FC Edmonton a stepping stone into the national-team program.”

“There’s a good group of guys here,” Eustaquio says. “I like working with the guys, I like working with Colin. It’s an easy adaptation — they kept most of the players who took them to the [2016 NASL] semifinal. It’s easy for the new guys to come in, settle in, and go to work.

“Even before I got here, I was speaking with Nik. He put me completely at calm; he said if I ever need anything, just to talk to him. Ben Fisk, even Allan, they’re nice guys and if I have any questions, they’re easygoing and tell me where to go.”

But how did kid from Leamington get to the point where he could go back to Portugal and develop his career there? He credits FC Nationals, an elite club based in Windsor, Ont. Located right next to Detroit, the club played many road games and tournaments on American soil. And Eustaquio believes that those road games in the United States better prepared him for what he would need to do to deal with the pressure of playing elite youth football in Portugal.

Of course, as a pro, Eustaquio is still learning. And, one of the biggest influences he’s had later in his career was de Guzman. The Canadian midfielder retired earlier in 2017, but he spent the better part of two seasons as Eustaquio’s Ottawa teammate.

“It was great. Obviously, Julian is arguably one of Canada’s best players ever,” says Eustaquio. “His career just says it all; he’s played in La Liga, he’s played in MLS, he’s 36 but on the field he looks like he’s 25. The guy just has an engine on him, he’s just a brilliant mind, a great guy off the field. I appreciated every moment with him. He was a very good mentor. He told me things — on and off the pitch — what to do. It was great working with him.”

Now it’s time to take that unique soccer education and put it to good use.