August 16, 2022
9 New Articles
Home MLS Montreal Impact Thanks to allocations, it’s hard to get excited about the opening of the transfer window 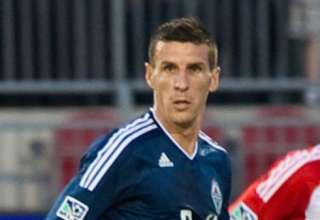 In just a few days, the MLS transfer window opens, and fans should begin discussing anew what moves their teams need to make in order to contend or rebuild. Who should go? Who is available?

But wait, it doesn’t really work like that, does it? The key word in the above statement is “should.” In reality, the MLS transfer-windown banter will go more like this.

“I would love to see the Impact/TFC/Whitecaps get this player, but I am not really sure if they are up against the cap or not, because no one really knows what anyone really has to spend in MLS.”

And that’s the truth isn’t it? MLS is supposed to have a hard cap, but it doesn’t. Allocation money, which is never publicly declared, shifts around the league. So no one really knows who has what. And that includes the people who cover the game.

And, when it comes to how the league can promote itself, how the league can generate off-day interest in the goings on of the various front offices, a salary-cap world augmented by allocation money isn’t ideal. Right now, when it comes to non-playing field interest, the top days in MLS are the two occasions during the season that the players union updates the salary list, and fans storm to see who is making what.

But it’s not enough.

Compare MLS to the NHL, where trade deadline day (hockey’s equivalent of transfer deadline day) is an epic production — a PR boom for the league. Why can the sports channels dedicate television special after television special to the NHL trade deadline? Because the pundits and fans know exactly where each team stands. If the Flyers want to pick up a star player for a Stanley Cup run, we know that they might need to find a way to clear up the cap space. So one trade discussion leads to another trade discussion — and with each chat, the fan interest amplifies. Knowing where each front office stands in terms of finances leads to more informed discussion about the league — and that’s good publicity.

In MLS, we in the media just shrug our shoulders. We can’t be guessing.

Don’t get me wrong: I find the fact that MLS teams can trade almost anything — international roster spots, allocations, supplemental draft picks — makes the salary-cap league more interesting. For example, I think the NHL would be infinitely better if the Nashville Predators could call the Philadelphia Flyers, offer $5 million in cap space they aren’t going to use over the next season in exchange for a first-round draft pick. Unused cap space should be seen as a marketable commodity.

But if fans don’t really know how much money the team has left in the bank or how much it just sent in allocation to acquire a striker, potential discussions are killed before they even have a chance to start. A host can’t go behind the mic on a Toronto sports talk show and debate the merits of TFC spending US$390,000 on Richard Eckersley, then have it followed by “well, this is what we sort of guesstimate the impact on TFC’s salary cap will be, and we aren’t sure if this means the Reds can still sign another name player or not.”

Or, case in point: The Whitecaps made a preseason splash by acquiring star forward Sebastien Le Toux, and what the Whitecaps gave up was… ta da, allocation money. An undisclosed amount of allocation money. And, since we don’t know how much allocation money the Whitecaps had to start with, it’s hard to judge just what kind of price the team had to pay for the striker. Was it too much? Too little? A steal? Blockbuster trades need to fan the flames of debate, not inhibit them with unknown variables.

And, since leaving the Toronto FC beat and coming to Edmonton, it’s been amazing to me to talk to soccer fans who aren’t emotionally invested in MLS. The perceptions of fans in a non-MLS city about the league are fascinating. And, why is their opinion important? Because these non MLS-market fans represent the kind of soccer enthusiasts MLS needs to boost TV ratings and interest throughout the continent. And many of the Edmontonians have told me over and over that they feel allocations are simply a way to hide money so New York and Los Angeles can get stronger when they need to — and it’s a turn off. In North American sporting society, we value parity over dynasties, and mysterious allocation money hurts that perception. Allocation money does nothing but breed cynicism amongst savvy sports fans, who are used to the practices of other leagues, where finances are disclosed.

Is it fair that they think that way? No. Allocation money is actually supposed to help struggling teams, not the powers. But the perception is otherwise — and perceptions are often more powerful than reality.

In other salary-cap leagues — even in the NBA, which has exemptions and homegrown players discounts and all sorts of confusing variables plugged into the system — fans and media quickly learn the systems and know what each GM has left to spend, or which ones are right up against the cap.

In MLS, you are never sure. And because you are never sure, you can’t really discuss trades or player movement passionately. And, for a league to be all grown up, it needs fans to be discussing the ins and outs of the member teams on a daily basis.

Case in point: When the Whitecaps announced they were bringing on board DP Barry Robson, I asked coach Martin Rennie in the telephone press conference if he had any money left to make further moves. After all, he had big-ticket items like Davide Chiumiento, Eric Hassli, Camilo and Jay DeMerit on his roster, all making north of US$200,000 each per year. He answered, quite confidently, that there was still some room to spend.

Of course, it’s impossible for an MLS writer to quantify the statement. We take Rennie at his word and move on. Because, with so much nebulous allocation money floating from team to team, you are never really sure who has got what. For MLS 1996 or 2001 or 2005, that’s OK. You are building the league and the allocation money helps member teams, we get that.

But, this is 2012, and MLS is ready to start playing with the big boys on the North American Sports scene. It is signing Designated Players, it is developing a lot of high-level talent that is populating the American and Canadian national teams. And, as the league evolves, the gimmicks need to die. MLS got rid of the shootout when it realized soccer fans can live with draws in the regular season. It got rid of mini-games. But, on the financial side, the gimmicky stuff remains.

How to fix it?

Tell fans how much allocation money there is, and who has got it. When a transaction is made, teams need to announce exactly how much allocation was traded, or how much of it was used to sign or acquire a player. Once we know the money, we can follow the subsequent shell game. Trust us. We follow the NBA salary cap. Nothing can be harder than that.