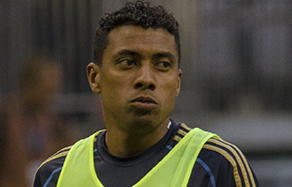 No team likes playing the role of spoiler. After all, it’s the ultimate admission of “We know we’re not good enough. So we want you to be as miserable as we are.”

But, for Toronto FC, buried near the bottom of the MLS Eastern Conference standings and already mathematically eliminated from playoff contention, this is all it has left at this point: Knock off a team that still has post-season hopes alive perhaps ruin its season.

That was the task at hand for TFC here Saturday night on the outskirts of Philadelphia, where the host Union needs every point it can get to secure one of the five coveted playoff spots. With less than a full hand of games remaining on the schedule, Philadelphia found itself on the outside looking in when the night began.

Not anymore, after former Brazilian World Cup midfielder Kleberson bent a free kick around the wall and past a screened Joe Bendik in the fifth minute of extra time, giving the Union a dramatic 1-0 win. That vaults Philadelphia over both Chicago and New England into fifth place in the sardine-tight packed standings with 45 points.

Until Kleberson struck, though, it appeared as if Toronto’s patience was going to pay off in no worse than a tie, with a chance to pull off the upset if Philadelphia desperation led to a counterattack at the other end and a TFC goal.

“We knew they’d come with numbers because it was a must-win for them,” said TFC coach Ryan Nelsen, who kept the locker room closed nearly a half hour afterwards before coming out to meet with reporters. “We knew there was going to be a lot of space for us to play in. It turned out as we hoped. We had a two-on-one and three-on-one, but couldn’t capitalize.”

And, finally, the Union, which had 11 corner kicks and several other high-quality chances before Kleberson finally came to the rescue from 24 yards out, did.

“We didn’t think a draw was good enough for us tonight,” said Philadelphia coach John Hackworth. “When we looked at last five games we knew we had to get three points here tonight.

“Absolutely it was one of the most important games in the club history. We had to get three points to keep ourselves in the race.

“Give Toronto credit. They have some good players and they’re a hard team to play against. But the second half, I really thought our guys went after it.’’

Not even having another Brazilian, Fabinho, receive a red card for apparently stepping on the back of TFC’s Alvaro Rey, deterred them. Even short-footed, the Union continued to press the attack, nearly paying the price when Alvaro Rey got loose in the box, only to be turned aside by Philadelphia goalkeeper Zac MacMath.

“I was to the side of it,” said Toronto’s Robert Earnshaw, who beat MacMath but hit the post in the 79th minute. “As soon as it went over the wall I knew the dip was there and it had the height. It was just a question if it would hit one side of the post or the other.

And it spoiled an outstanding effort by the spoilers.

“We have our careers and we want to be professional to the end. If you’re gonna come out here and play as if you don’t care, then you shouldn’t’ be out there.

“We came out to try to win the game.”

With remaining games against Chicago and Montreal, two of the others in that mad scramble, Nelsen says these matchups do matter.

“We take this as our playoffs,” said Nelsen, whose squad gets a week off before traveling to Chicago on the 19th. “The atmosphere was fantastic and there was a lot of tension.

“We know against Chicago and Montreal it’ll be exactly the same. We’re playing with some different players now who don’t have a lot of MLS experience. That should be a warning to everybody else in this league.

“Our lineup is very inexperienced now, but next year that will change and the things teams are getting away with against us they won’t get away with next year.”

Perhaps, if it all works out right, someone else then can be the spoilers.