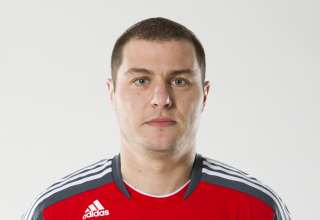 Glass half empty or glass half full?

That is how many will view the effort put forth by Toronto FC on the road in what was a thrilling and entertaining 3-3 draw against the Houston Dynamo, Wednesday night.

Considering the team’s season so far, it was a big surprise, and that’s putting it mildly, to see Toronto FC come out with an inspired, offensive first half effort to hold a 3-1 lead at the break — especially after the Reds lacklustre start in its last match in Kansas City on Saturday night.

But it all came undone as poor defending gave Houston the opportunity to steal a point at home on a hot, humid night in its brand new BBVA Compass Stadium. The heat played a factor in the match and at kick-off the temperature was 29 C but with the humidity it felt closer to 39 C.

Defender Jeremy Hall opened the scoring with his first MLS goal before his Houston counterpart Bobby Boswell tied the match in the 20th minute. Then, two minutes later, Dutch striker Danny Koevermans put Toronto back ahead before he headed in another before halftime, his second goal coming on a fantastic cross by Julian de Guzman.

The momentum shifted in the second half and slowly but surely, as if it was expected and a mere eventuality, the Dynamo charged back to tie the match led by Will Bruin. The Dynamo striker drilled a right-footed strike in the 73rd minute and, like Koevermans did in the last minute of the first half, Bruin connected on a free header in the 90th minute to put the match level.

The Dynamo did not stop there and continued to put pressure on TFC. Bruin connected on another header in the final minute of stoppage time but it was blocked by substitute defender Dicoy Williams. In the end, the visitors barely held on to salvage a point in what looked to be a sure three-point effort midway through the second half.

There were pros and cons from the match. Under new coach Paul Mariner, the offensive side of the team’s game has looked very good. However, defensively the team wilted under the pressure of a potent Dynamo offence.

Eric Avila, who looked great in the first half against Sporting Kansas City, once again was in the thick of the action playing as an attacking midfielder. He was directly involved on the first two goals and also set up a few other missed chances in the opening 45 minutes.

Mariner was forced to sit out defender Adrian Cann who suffered a knee injury in the first half against SKC. He will be re-evaluated in Toronto and will undergo an MRI. As a result, Ashtone Morgan took his spot in the line-up while Richard Eckersley and Hall switched spots in the back line. The Englishman playing centre back and the American slipping into the right back position.

Williams made his return to game action after missing a year — he was sidelined last June 10 with a torn ACL.

Earlier this week TFC made headlines as three of its players were arrested in Houston early Monday morning for public intoxication. Defender Miguel Aceval, forward Nick Soolsma and rookie midfielder Luis Silva did not see action as all three were suspended and sent back to Toronto ahead of the match.

Decent Beginning
Toronto stuck with the new 4-4-2 system with Ryan Johnson and Koevermans up front, meanwhile Houston utilized a 4-1-2-1-2 formation with Macoumba Kandji and Bruin leading the attack.

TFC looked on its way to having another poor start as the Dynamo swung balls into the box looking to capitalize on an aerial attack but eventually the Reds settled down. Usually on the wrong end of set pieces, Toronto was surprisingly able to convert on a corner kick.

In the 13th minute, Terry Dunfield got his head to the ball but it came back out, where Avila volleyed the ball back in the thick of the bodies in front of goal. The ball came to Hall, who controlled and spun to fired a low shot past Dynamo keeper Tally Hall that hit the right post and then caromed off the left post before bouncing into the net.

It was nearly a carbon copy of the missed chance by Avila against Kansas City when his shot hit both posts and bounced out.

The lead was short-lived as Toronto allowed another trademark set piece goal in the 20th minute. Bobby Boswell connected on a corner delivered by Brad Davis driving a powerful header past a diving Milos Kocic and into the top left corner to tie the match.

Then, two minutes later, on a rare successful counterattack, Toronto struck to re-take the lead. Johnson led the charge and put a ball ahead to the right side for Avila. The midfielder then quickly crossed a perfect ball to a charging Koevermans who right-footed it past Tally Hall from in close and into the bottom left corner.

Mariner, as he did in his coaching debut, continued to be very animated on the sidelines and was not shy in showing off very emphatic celebratory gestures after his team scored.

Houston, uncharacteristically, was defending horribly in the first half and nearly allowed another minutes later. Avila was the playmaker again in the 28th minute but his cross was headed just inches wide of the left post by Dunfield, who played a spirited game in midfield.

Just before the end of the first half, Koevermans gave his team a two-goal cushion when he connected on a delicious header. The Dutchman rose above two Dynamo defenders to head it past Tally Hall and into the bottom right corner of the net.

Houston made adjustments in the second half and eventually found some joy in the 73rd minute. Bruin got his team back into the game, taking a feed from Davis before taking one touch and drilling a right-footed strike into the top right corner.

From then on the Dynamo came at Toronto in waves and it looked as though TFC were succumbing to the heat. In the 84th minute, substitute Brian Ching, from the left edge of the box, sent a blistering shot that just missed the far post.

Then two minutes later, in a frantic series of chances created by the Dynamo, Kocic was all over the box knocking away crosses before making a huge save to preserve the lead — but only temporarily. In the 90th minute the Reds felt disappointment once again. Geoff Cameron put in a great cross into the box for Bruin, who rose above diminutive Morgan and headed the ball past Kocic to tie the game at 3-3.

The Reds will host the New England Revolution on Saturday with the new kick-off time of 5:30 p.m. ET at BMO Field.