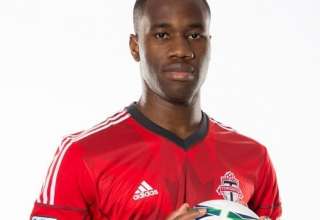 After six and a half years, it’s hard to imagine that Toronto FC could find new and baffling ways to frustrate and anger its fan base.

But, on Wednesday, the Reds did just that, losing 1-0 to Chivas USA in a candidate for the worst game ever played in MLS history. And judging by the empty seats in Carson, Calif., the indifference on the pitch was mirrored by the indifference in the “fan base,” if that’s what Chivas USA can call its support in Los Angeles.

Toronto FC was up by a man for more than 65 minutes. It was playing the worst team in the Western Conference, whose home-field advantage amounted to throwing the opposition off by playing in a near-empty stadium.

Despite being a man up for more than two-thirds of the game, the Reds created few real scoring chances. And, a series of defensive blunders gave Erick Torres the chance to score the deflected game winner in the 79th minute.

Let’s go right to the goal. Torres got the ball out on the left side and cut across the front of TFC central defender Gale Agbossoumonde. The Boss allowed Torres to get himself to the midde of the pitch, and to the top of the penalty area, where his shot clipped off defender Steven Caldwell before looping into the goal.

Even though the deflection gave the goal a flukey quality, it was what Torres deserved. Earlier in the half, he found space in the box between Caldwell and the Boss, and was absolutely robbed by a sprawling save from keeper Joe Bendik.

Agbossoumonde was at least frank in summing up the game: ““It was devastating really. We were a man up early in the game, so we expected to win. We were knocking on the door with nothing. Basically, that’s our season in a nutshell really. Things have not been going our way. It’s the perfect game to sum up our season.”

The game looked to have turned in the 25th minute, when ex-TFC midfielder Eric Avila was given his walking papers for a late challenge on Darel Russell. But, even with Chivas reduced to 10 men, TFC couldn’t create anything more than one golden chance in the half.

And that came when Jonathan Osorio, just back from Gold Cup duty with Canada, sent a low, harrd cross cross for Jeremy Brockie to tap into an open goal. But Carlos Bocanegra, who Chivas acquired after trading for TFC’s top spot in the allocation order, did just enough to make Brockie’s life difficult, and the deflection went wide of the goal.

Osorio was the lone bright spot on a poor TFC team. But, heck, that could be written in a half-dozen TFC match reports this season.

Yes, for the ultimate TFC apologist, if there are any still out there who aren’t emploted by the club, you can point to the fact that Osorio was brought down late in the game by Mario de Luna. The Chivas defender got nowhere close to the ball and the result should have been a penalty.

But, before pointing to that injustice, consider that the red to Avila was harsh. He was late, but the tackle wasn’t vicious.

In fact, Russel, the victim of Avila’s challenge, made a far more worthy red-card offence later in the match. But referee Sorin Stoica chose not to penalize him. After Chivas keeper Dan Kennedy stopped a Russell shot from close range, the TFC midfielder slid into the keeper. The slide wasn’t the issue, as much as the fact he clearly raised his left boot and raked the cleats across Kennedy’s chest.

While Russell got away with what should have been a sending off, the question will be if he survives the MLS Disciplinary Committee. Think back a month: Whitecap Kekuta Manneh was suspended for a foul on New England keeper Bobby Shuttleworth — and Manneh’s infraction wasn’t as clear as Russell’s.

Yes, Stoica missed what likely should have been a penalty call. But you have to take into consideration all the calls that went TFC’s way.

And really, if your team is up a man for 65 minutes, and you need a penalty call to save you, well that’s kind of embarrassing, isn’t it?