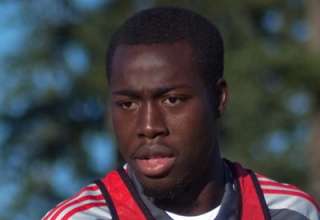 As Toronto FC looks forward to a new beginning as a club, management looked back at a couple of key trades made earlier this season.

The management team held an informal mid-season press conference after practice Tuesday to discusss the past, present and future of the club. Maple Leaf Sports and Entertainment COO Tom Anselmi, head coach and technical director Aron Winter, director of player development Paul Mariner, former general manager Earl Cochrane and assistant coach Bob de Klerk sat side-by-side in a suite in front of the media with the BMO Field pitch as the backdrop.

The truly interesting stories came from the candidness of management regarding two players that were traded off the TFC roster this year – Nick LaBrocca and Nana Attakora.

When making trades, what is often lost in the business of the sports are the human stories behind the scenes that media and fans often never hear about. When a player is traded, there can be hostility towards the old club because a pre-existing situation (i.e. Dwayne De Rosario’s contract situation) or simply because they were traded and, as a result, felt unwanted. However, there are those rare instances where a player is thankful and happy to have been traded and still keep in touch with his former manager as a result.

LaBrocca has had on outstanding season having scored six goals and three assists for Chivas USA. His offensive flair in the midfield has been a revelation and has earned himself a selection on the MLS All-Star team. To put it mildly, the change of scenery has done a world of good for the midfielder.

At one point during the media session, Winter was asked if he had any regrets on the trade that sent LaBrocca to the Goats during the preseason.

“The most important thing is that we have traded Nick LaBrocca to get Alan Gordon,” replied Winter. “Alan we have traded to get those pieces that we need, that is the most important. That’s all part of football. Of course maybe, you’re making a trade and those guys developing somewhere else because he’s fitting in that system. We’re not saying we’ve made the wrong choice – no. Maybe he was not good for us in our system, but Chivas is playing different – he’s a good player for that system because he’s now playing for the all-star (team).”

Mariner then took the opportunity to share the personal back story that led to LaBrocca being traded.

“Now is a great time to tell the back story of Nick LaBrocca,” said Mariner. “He came to us in Orlando in preseason. He had a foundation with the girlfriend who had an unbelievable job offer in Los Angeles. Because of the way the pay structure is, we couldn’t help him.”

“The empathy these guys showed (pointing to Winter, Cochrane and de Klerk) towards this player is very, very unusual. We sat down with Nick, who’s a very intelligent man. We needed someone who could put the ball into the back of the net for us, Alan Gordon was available and we did the deal. It was a football decision, yes. It was also a human decision. I thought it was a great gesture on their part – they see the human side of football, not just the snotty nose grind that we get. So that’s a nice human story you don’t read or see very often in football.”

As for Attakora, his situation was entirely different. After having a standout season last year playing with Adrian Cann in the centre back position, he found himself out of favour with Winter.

Cann found himself in the lineup as a regular starter while Attakora would often be on the bench or up in the press box watching his team struggle without him. Winter’s explanation suggests that it wasn’t so much Attakora’s lack of playing ability, but rather him not being fit to play.

“Nana was not happy,” said Winter. “I’ve given all the confidence in Nana. The moment when Adrian Cann was playing, I said to him he wasn’t fit and then he got injured. I had confidence in him, spoke to him a lot of times.

“Then I said to him when Adrian Cann got injured, he knew he should play. And at that period he wanted to be traded also. But then if you’re not happy and that you know the day before you’re going to play, you come in and asked to be traded it says enough — that you were not happy.”

De Klerk reminded everyone of an interview Winter gave early in the season, “Remember the interview Aron gave at the beginning that ‘When Nana Attakora is fit he will always play.’ That is what he said.

“We spoke a couple of times with him. He said to us ‘I’m not happy and I want to be traded.’ What can you do? We wanted him, we have spoken with him – he’s a young kid.”

Winter is still unsure why Attakora was so unhappy, but his philosophy is to keep players that are happy to be a part of his team.

“I don’t know why, it’s his choice,” added Winter. “I only use players that I can count on and happy to be part of it. I think if you’re not happy, it’s better to trade you.”

It took some time to accommodate Attakora’s trade request but it finally happened last week when he was sent to the San Jose Earthquakes along with Alan Gordon and Jacob Peterson in exchange for forward Ryan Johnson, allocation money and an international roster spot. Attakora and Peterson will likely suit up Wednesday against the visiting Vancouver Whitecaps.

When asked if everybody leaves happy, the room burst into laughter, however Winter chimed in and said, “When you saw Nick LaBrocca, I still have contact with him. He’s so happy. Even Dwayne, he’s always laughing. Whenever he’s in Toronto and on the news, he’s laughing so I think they’re happy.”