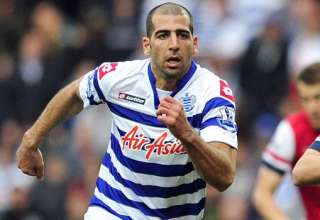 Less than two days after Toronto FC confirmed loan deals that will bring over central defender Steven Caldwell and forward Jeremy Brockie to the club, the Reds announced they had temporarily secured the services of Israeli defender Tel Ben Haim.

Ben Haim, 31, was signed by Queen Park Rangers in January, and became a teammate of current TFC head coach Ryan Nelsen. While Nelsen announced his retirement as a player and moved to North America, Ben Haim continued in a hopeless battle against relegation. Ben Haim made a total of six appearances for QPR after arriving at Loftus Road. He now joins TFC on loan.

“Tal Ben Haim has been one of the top defenders in the EPL for nearly a decade. He captains his national team and Ryan thinks the world of him,” said Toronto FC President and General Manager Kevin Payne in a release issued by the club. “He’s exactly the sort of veteran defender we need.”

After losing 2-1 to San Jose on Wednesday, Nelsen fumed about how easy the goals came for the Earthquakes, and promised more changes would be made to the backline.

“Anytime someone gets into our box, we get scored on,” Nelsen said. “This has got to stop. There will be changes and our players want the change as well. We brought in players and will bring in more players and this will change.”

Bean Haim played eight seasons in the English Premier League, with stops at many teams, including Bolton Wanderers Portsmouth, Chelsea and Manchester City. He started for QPR in Saturday’s 1-0 loss to Arsenal.

Ben Haim has made more than 60 appearances for Israel.