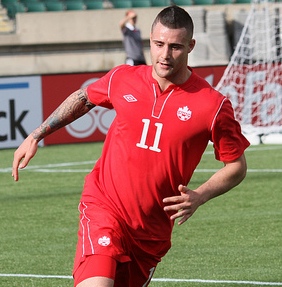 “Marcus Haber has said there was strong contact inside the box and I genuinely believe it’s a penalty kick. The big fella is very honest unlike the player on Thursday night,” Miller said in his post-game press conference referring to Mexico’s Marco Fabian. “He’s an honest player and he hasn’t done anything wrong. He’s been fouled inside the box, in my opinion, and I think it is a penalty kick and I said to the referee also after the game that I thought it was a penalty kick.”