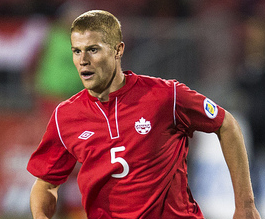 Just before the end of the first half, Hainault came up to join the attack on a corner, and the ex-Houston Dynamo centre back/right back rocketed a volley into the goal after the ball fell to him at the far post.