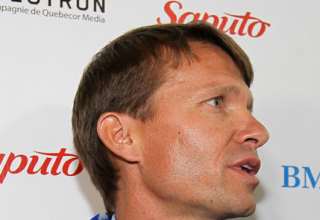 For the Whitecaps, midfielder Gershon Koffie will miss this Saturday’s Cascadia Cup derby match with Portland. The MLS Disciplinary Committee found that Koffie, who received a yellow for a late-second-half challenge on Sounder Andy Rose in Saturday’s 2-0 loss to Seattle, should have received a red on that play. So, the midfielder will have to sit.

Koffie’s studs were up very high on Rose when he made the challenge. But Whitecaps fans, who found out that midfield star Barry Robson was to be suspended for the Seattle match just hours before kickoff, may feel like their team is being picked on. Why? No supplementary discipline was handed out to Sounder Eddie Johnson, who struck Whitecap Carlyle Mitchell in the face, or to Sounder Jhon Kennedy Hurtado, who looked to have stamped on Vancouver striker Darren Mattocks. MLS reviews all calls, so infractions need not produce yellow cards in order to be reviewed.

The Impact will see defender Nelson Rivas sit out the third of his three-game ban this weekend when the Impact faces D.C. United, the defensive corps got even thinner. And Marsch knew he was going to lose defender Hassoun Camara for that match, as he was red carded in Saturday’s win over San Jose after a battle of elbows with Earthquake Steven Lenhart.

But Camara will also miss the Sept. 1 date at Columbus, as MLS slapped an extra match onto his suspension.

Lenhart, though, did not receive any additional matches. But the league did issue a one-game suspension to Earthquake Victor Bernardez for endangering the safety of the Impact’s Lamar Neagle.