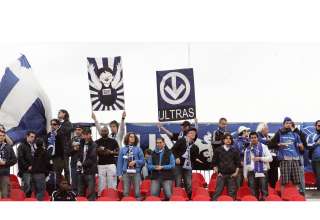 The idea to create this post came from a Twitter discussion: Some Vancouver supporters were discussing whether or not they should boycott the team’s road games to the United States in 2017. Should they continue as normal, only travel to the “blue” states, or stay out of the U.S. altogether? Imagine a Cascadia rivalry game between the Whitecaps and Sounders in Seattle, and the road supporters section filled with empty seats.

Of course, these discussions were spurred by the travel ban imposed by U.S. President Donald Trump on those coming to America from Somalia, Yemen, Iraq, Iran, Sudan, Libya and Syria – the latter of which is in the midst of an ugly civil war which has led to a massive global backlog in processing refugees from that nation. The Canadian government confirmed Sunday that Canadian dual-passport holders won’t be affected.

But, through conversations I’ve had outside of the soccer community, I’ve already heard lots of stories about Canadians cancelling their travel plans to the United States. And we all know that a lot of us Canadians go to America fairly regularly. For many of us, sunshine states, whether it’s Florida, Arizona, California or Hawaii, are second homes. We do business in New York. Here in Edmonton, I’ve been at many gatherings where the subject turns to how to best navigate Los Angeles traffic, because it’s so darn common for us to make regular trips to Southern California. So, based on that, I’m putting this question out to soccer supporters: If you’re a fan of one of the Canadian teams that play the majority of their road games in the United States (that’d be MLS, NASL and USL), is what’s happening in the United States making you reconsider your travel plans for road matches in America?

I’d like to get the pulse of supporters on this. Please share the survey amongst your groups.

Create your own user feedback survey