February 08, 2023
9 New Articles
Home Canadian Premier League CanPL News and Notes Sukunda on being the first Wanderer: “It’s too good to be true” 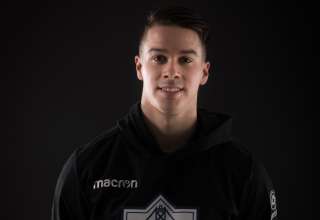 A few months ago, Sukunda was on a fact-finding mission about the new Canadian Premier League. Sukunda had played professionally in Sweden and Australia after being part of the Impact’s former USL side, FC Montreal. He wanted to play in Canada, and asked some of his former coaches for their opinions of the new CanPL. They told him that if he had the chance to play for Stephen Hart, he should take it.

“They told me he was a class act,” said Sukunda, who wanted to play for a manager who was about more than wins, draws and losses.

“In the past, I’ve had my fair share of coaches that were an ego show, who didn’t care about their players. All they cared about were the results.”

He said that Hart is different. Not only does the former Canadian national team coach want to win (they all do), he wants to make sure his players develop; that Canadian soccer grows.

On Thursday, Sukunda was announced as the first player in Halifax Wanderers history, part of a league-wide player reveal of the first 10 CanPL signings.

“I’m not at an age yet where I can say that I am at my full potential,” said Sukunda, who is a right-footed fullback who likes to get up and down the wings, and has played a lot on the left side through his career. “If I get a good couple of seasons under my belt, playing for Stephen, I know that I will become a much better player.

“It’s definitely an intense yet amazing feeling to be the first player signed. I don’t think there’s ever been a pro sports team in Halifax, so I think it could make me the first of the first.”

But Sukunda knows that being the first carries great responsibility; he knows that Halifax has a core of supporters who can’t wait for the April 2019 season opener to arrive. He says it will be important that the team starts off well, and gives the supporters a soccer experience they’ll truly relish.

“I never thought (a Canadian League) would happen,” said Sukunda. “It’s too good to be true.”

Sukunda is the prototype for the sort of player the CanPL wants to repatriate. After leaving the USL, he played in Sweden for Umea FC, then all the way out to Australia for Hume City and Northcote City.

“It was a different experience, playing in Scandinavia,” said Sukunda. “Life was a little bit hard. In terms of the soccer, it was very good, but it’s hard to live there. It was a small city, I liked that. But it was quite expensive to live there.”

And, while English was something many Swedes spoke on the streets, it wasn’t used in the dressing room, so he said the imports were isolated from the group of domestic players.

He made the move to Australia and, while there wasn’t a language barrier, the style of play was different.

“In Australia, the style of play is very similar to the USL. The players are big, strong athletic guys. In Sweden, the game was more technical, played at a faster pace.”

Sukunda is from Ottawa, but he’ll soon be making the move to Nova Scotia. And he’s excited that his parents can get on a plane on Saturday morning, take the 90-minute trip, be in Halifax in time for an afternoon fixture, then head home on a Sunday. He wants to play in front of friends and family and extended family. And, he plans to spend much of Thursday afternoon responding to the fans who have been wondering if he was one of the CanPL’s first XI.