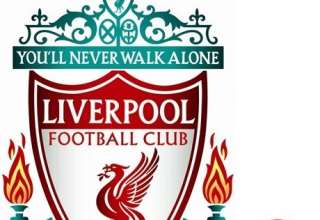 As Canadians, we are spoiled for sports-entertainment choices. Chances are that if you’re a soccer supporter, you also have interest in other pro team-sport leagues. Your NFL pools are important. You glance at how the Jays are doing. You probably have an opinion about LeBron James.

It can drive you to distraction.

And it certainly seems to be the case with the millionaires and billionaires who own teams in the traditional North American “Big Four” leagues (even though, with the continuing rise of MLS, that term is archaic) who take their money across the Atlantic and invest in soccer.

John W. Henry, the owner of the Red Sox, is hearing it from angry fans and reporters in Boston. The team has slumped to the almost-fringes of the playoff race, and the indictment is that the owner has been strangely silent, almost passive, as his team underachieves. And, does it have anything to do with the fact that Henry is spending so much energy on Liverpool? After all, Henry’s had to deal with dismissing Kenny Dalglish and bringing in Brendan Rodgers as the new manager.

“How can you be that passionate about a soccer team, which is fine, and not say anything about what is going on with your baseball team?… Aren’t you embarrassed, John Henry?” ranted WEEI’s Pete Sheppard about Henry’s lack of attention to his ball club. (LISTEN HERE)

“You have more passion for the soccer team than for the baseball team that you own?”

While Sheppard is paid to be ridiculous — he suggests during his broadcast that only five people in the world have heard of Kenny Dalglish — the point is made. Red Sox fans feel like they have become a minor-league interest since Henry joined the big boys of the sporting world.

But, the interesting thing is that the Red Sox’s slump since Henry bought an EPL team is pretty well par for the course. Had Red Sox fans looked at the fortunes of North American sports franchises after their owners invested in the EPL, they should be anything but surprised.

Let’s take a look at the evidence:

MANCHESTER UNITED and the TAMPA BAY BUCCANEERS
• In 2002, the Bucs won the Super Bowl, and were considered to be a team that was an automatic for the playoffs. Malcolm Glazer started buying stakes in Manchester United in 2003, and became the clear owner in 2005.
• The Bucs have missed the playoffs seven of the last nine seasons. And both playoff appearances have been as a wild card. They were eliminated in both wild-card games that they have played. No division championships.
Last season, the Bucs sold out just two of eight home games.

ARSENAL and the COLORADO AVALANCHE and DENVER NUGGETS
• In 2007, Stan Kroenke becomes a major shareholder at Arsenal. In 2011, he becomes the majority owner. His regime is seen as the polar opposite to the Glazers. While the Glazers pile on debt and continue to spend, Kroenke helps steer Arsenal away from spending, to the point where the club is more famous for adhering to the bottom line than for its on-field successes, despite a spending spree over the last few weeks.
• Since 2007, the Avalanche have missed the playoffs three of five seasons, and spend nowhere near the salary cap. The days of Sakic, Forsberg, Bourque and Blake are gone. No more high-salary free agents or high-profile trades.
• In 2008-09, the Nuggets went to the Western Conference final, but have been a first-round casualty since that time. Have never replaced the star power of Carmelo Anthony.
• The Colorado Rapids did win MLS Cup in 2010, but that was after a major playoff run filled with upset after upset.

ASTON VILLA and the CLEVELAND BROWNS
• May be the worst example of the bunch, as the Browns have rarely been anything but also-rans since the new edition of the team rejoined the NFL after the original franchise was lost to Baltimore. It would be like ranking Maple Leaf Sports and Entertainment if it bought an English team. Hard to compare poor results vs. poor results.
• Randy Lerner has just sold the Browns, but the team has sported records 4-12, 10-6, 4-12, 5-11, 5-11 and 4-12 since he took over Aston Villa in 2006.

LIVERPOOL and the DALLAS STARS, TEXAS RANGERS and MONTREAL CANADIENS
• Tom Hicks and George Gillett took over Liverpool early in 2007. Gillett owned the Habs at the time, while Hicks owned the Rangers and Stars. They would be forced to sell Liverpool in 2010 for a cut-rate price.
• In 2007-2008, the Stars qualified for the playoffs for the 10th time in 11 seasons and got to Conference Finals. But, in 2008-09, the team began a streak of missing the playoffs that stands to this day.
• In the three seasons that Hicks owned both Liverpool and the Rangers, the baseball team went 75-87, 79-83 and 87-75. Over three years, that’s four games under .500 (albeit with a slightly improving record from year to year). But, after Nolan Ryan’s group took over the baseball team, it became an American League powerhouse.
• The Habs were the one exception to the rule. Gillett got out of NHL hockey in 2009, but in the seasons or parts of seasons that Gillett had stakes in both Liverpool and the NHL’s most decorated franchise, the Habs finished over .500 three times, made the playoffs every season and went more than two rounds deep into the post-season twice.

This is simply a statistical look at how the teams have performed. But it is compelling. Outside of the Habs, the North American sports teams have a history of slumping badly after their owners go and invest in the world’s most popular league, the EPL. And, for Red Sox fans, Avalanche fans and the like, it’s absolutely justified to have a case of little man syndrome — based on the stats. It’s unfair to put words in the mouths of the owners in question but, really, there are too many slumps in there to simply be called coincidence.