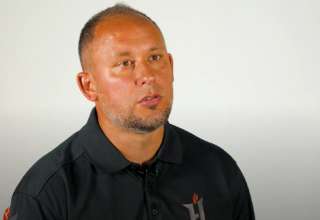 As the third instalment of the “Got Game” Canadian Premier League trials got underway on Monday, it was as good a time as any for Forge FC to announce Bobby Smyrniotis as the club’s head coach and technical director.

After all, the trials will be held in Hamilton the next couple of days. And, while Smyrniotis was spotted by keen eyes in some of the photos that emerged from last week’s trials in Montreal, there’d be no way to hide the coach of the Hamilton-based team in the Hamilton-based tryout.

With the announcement, all of the head coaching puzzle pieces are in place for the seven existing CanPL teams ahead of the league’s inaugural season, which kicks off next April.

Smyrniotis isn’t moving far — just a little further west down the QEW — to take the job in Hamilton, as he was at the head of League1 Ontario’s Sigma FC, where he worked with the likes of Cyle Larin, Kyle Bekker and Manjrekar James, who have all featured for the men’s national team.

Smyrniotis also worked in the academy of the Greek league’s Olympiacos before coming to Sigma.

“Bobby and his team at Sigma have created one of the best soccer development institutions in North America.” said Forge FC owner Bob Young in a release issued by the club. “They have done it by developing talented Canadians from southern Ontario into outstanding national caliber soccer players, many of whom are now professionals playing here and in Europe. We have great aspirations for Forge FC. The success of Bobby’s work with Sigma is a perfect fit for the vision of the Canadian Premier League, and specifically with our goals for Forge FC.”

Of course, with Smyrniotis’s Sigma connections, we all have to wonder how many of his former L1O players will show up in Forge FC orange in 2019 — and beyond.