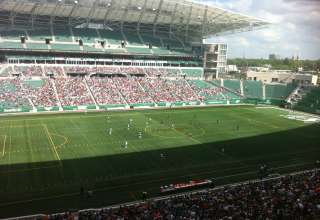 Nine stadiums in seven Canadian cities are on the long-list to host World Cup matches in 2026, if a joint bid between the United States, Canada and Mexico to host the tourney is successful.

The United Bid Committee announced Tuesday that it has sent Requests for Information to 44 cities in North American, regarding a total of 49 stadiums. Included on the list are Toronto (2), Montreal (2), Vancouver, Ottawa, Regina, Calgary and Edmonton.

Last month, Joe Belan, the potential owner of a Saskatchewan-based Canadian Premier League franchise, said that he felt the just-opened New Mosaic Stadium would be a great venue to host a World Cup match. It’s obvious that the Bid Committee was listening, or that Belan already had some inside information that Regina would be on the list.

Of course, this means that Winnipeg — which was a Women’s World Cup host city — is the odd municipality out. There will also be no games east of Montreal (on the Canadian side of the border, at least).

As it stands, Canada would only get 10 of the 80 World Cup matches — none after the group stage. That would suggest a small number of games to be split up over a large number of venues. But, politically, there’s very little chance of federal government support if matches were centred in just two or three cities. Casting as wide a net as possible makes the games more politically acceptable up here. Remember that the Liberal government’s mantra on hosting big events is that it wants to back tournaments that are as inclusive as possible.

Now comes the hard sell; going to these Canadian cities and convincing them to put up these stadiums for possible (costly) conversions to grass surfaces — save for BMO Field and Stade Saputo — but only getting one or maybe two World Cup matches each in return for all that effort. Many of these large artificial-turf stadiums also have Canadian Football League tenants who prefer the artificial surface that stands u to the trundling and tackling of the gridiron.

Morocco is also bidding for the 2026 World Cup. 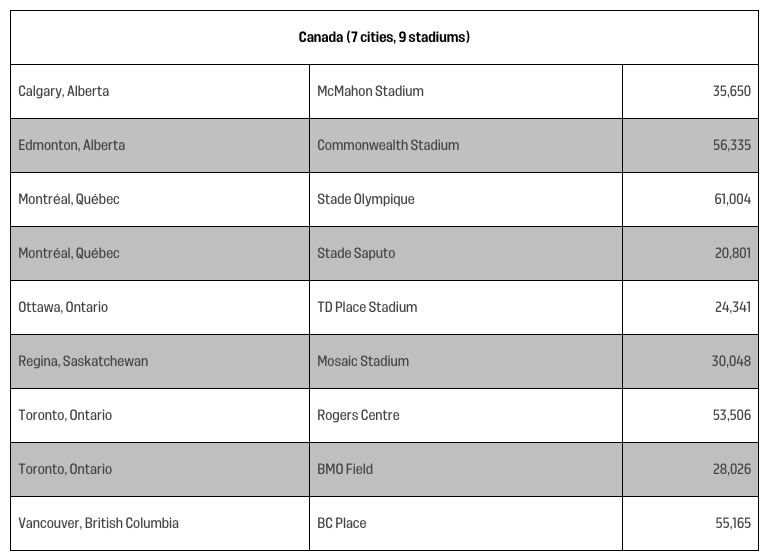