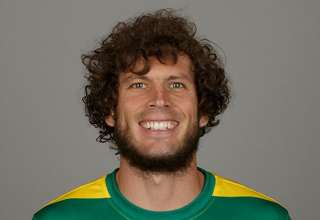 Did you know that, in Edmonton, if you say “Tom” (or “Tommy”) and “Heinemann” three times, a curly haired, bearded striker will appear behind you and end your life?

Tom Heinemann has scored game-winning goals against the Eddies as a member of the Vancouver Whitecaps and Ottawa Fury. In the NASL and/or the Amway Canadian Championship, Heinemann has been FCE’s scourge of God.

And, Saturday, as a member of the Tampa Bay Rowdies, Heinemann struck again. He got the head on the end of an Eric Avila cross, and his goal stood as the winner — though the Eddies will lament Tomi Ameobi’s last-gasp penalty-kick attempt that didn’t go in.

“The funny thing is that he didn’t do much all night,” FC Edmonton coach Colin Miller of Heinemann. “But the one time he gets the better of us, he punishes us. I thought that (centre backs) Albert (Watson) and Pape (Diakite) did a very good job on him most of the night.

“We didn’t set up well after the throw-in. We didn’t get tight to the cross, and Heinemann was able to cut in front of Pape.”

Heinemann said the Rowdies knew that they had to get three points at home after drawing their first two games of the season.

“We knew deep down inside that we should have had more,” he told the Tampa broadcast team.

Heinemann’s goal gave the Rowdies the 1-0 lead at home to the Eddies, while Matt Pickens’s 95th-minute save on Ameobi’s penalty preserved the win — and ensured that FC Edmonton has now gone through three NASL games without a goal.

The consolation, if I can call it that, is that FC Edmonton got closer to scoring Saturday than in either of the club’s previous two NASL games this season.

Jake Keegan, given his first start of the season, was robbed by Tampa Bay keeper Matt Pickens early in the first half, after the FCE striker pounced on a giveaway by Rowdies defender Juan Guerra. And FCE midfielder Cristian Raudales came close to an Olimpico; but his corner-kick effort on goal was cleared off the line by Avila.

And, the Eddies will be plagued by visions of Ameobi’s penalty kick being smothered by Pickens, after Rowdies defender Neill Collins was nabbed for a handball in the box.

“I don’t think we deserved to lose, especially in the manner we did,” said Miller. “The attitude of the players was absolutely fantastic. I feel sick for them.”

Miller tried to bring life to the team with a series of changes; Keegan was handed his first start; Johann Smith came in at left back and Dustin Corea was placed into the midfield. And, maybe the most eye-catching move of all was Canadian teenager Shamit Shome being given his first-ever professional start.

“I thought he had an excellent debut,” Miller said of Shome. “I think he will remember it for a very long time. I feel that the future is very bright for a real national-team prospect.”