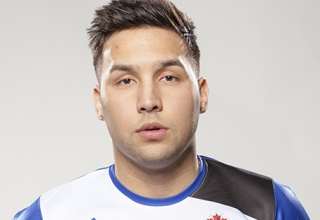 In 2011, Sadi Jalali scored for Canada against England at the U-17 World Cup. He was a promising striker from Edmonton who earned interest from both FC Edmonton and the Whitecaps. He went from the Eddies to the Whitecaps Residency, then back to the Eddies.

But, this year, he was hardly seen at Eddies training sessions and was quietly released by the club in July.

Now, Sadi Jalali and his brother, Saidkheyam, face a slew of drug trafficking and weapons charges.

In a release issued Thursday, ALERT (Alberta Law Enforcement Response Teams) states that the Jalali brothers were arrested in south Edmonton Wednesday. ALERT states that Sadi’s Infiniti was pulled over, and that police found 16 bags of cocaine and $5,285 in what it calls “proceeds of crime.”

That same night, Saidkheyam was pulled over; ALERT states he was carrying $3,950 in cash and a Beretta handgun with the serial number removed.

Sadi has been charged with possession of drugs for the purpose of trafficking.

Both brothers have been released on bail but will appear in court August 18.

ALERT is a collaborative effort between Alberta police forces to tackle organized crime.

After he signed with the Eddies in 2013, Jalali said: “I hope to have a couple of strong years here at home. After having a couple of good years here, I hope to get sold to another club, to move on to have a shot at MLS or a club in Europe.”

Even though Jalali’s official release from FC Edmonton was signed in July, he was told in the spring training camp, after a game against Calgary Foothills of the PDL, that he wasn’t going to be in the team’s plans.

“It was strictly a footballing decision,” said FCE coach Colin Miller. “We hoped that it would give him the time he needed to look for a trial with a USL club or look for new opportunities. We just didn’t see him making the move into the first team.”