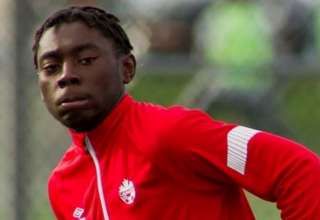 As part of its plan to help build Canadian content in the league, MLS and one of its prime sponsors created the Generation Adidas Canada program ahead of the 2017 SuperDraft.

Basically, it extended the GA program already in place, so that some slots would specifically target Canadian-national-team-eligible players. Players would get a salary well above the rookie minimum, and wouldn’t count against the salary cap.

There have been Canadian GA players in the past, from Bryce Alderson to Cyle Larin, but they weren’t part of the new, specific program.

Two players, former League1 Ontario standout Adonijah Reid and FC Edmonton’s Shamit Shome, were taken in the draft, though both slid out of the first round. Neither of the inaugural Generation Adidas Canada program  has played a minute so far in MLS.

Reid was drafted when he was 17, and — because of existing rules and regulations — can’t play first-team pro football in the United States till he turns 18. But, he turns 18 in just a little over a month from now.

But, on Friday, the USL’s Ottawa Fury announced it had acquired Reid from FC Dallas.

What’s the nature of the deal? Does he still get a GA payout? Does Dallas retain his rights in any way? Well, that part is about as clear as mud. I asked FC Dallas’s front office this morning about Reid’s status, and was told the team had no comment, as it was still awaiting directions from MLS HQ. UPDATE: The Ottawa Fury has confirmed that Reid is indeed “100 per cent” a Fury player. He will be in uniform for Saturday’s game against Toronto FC II and will have No. 30 on his back.

It was always going to be a MLS longshot for Reid, but he also desperately needs to get minutes… somewhere. That’s the danger for those young, in-between players who aren’t sent down to the USL affiliates, but can’t break into the MLS squad. They sit. Sure, they train with the big boys, but every coach and player will tell you that training isn’t the same as real game action.