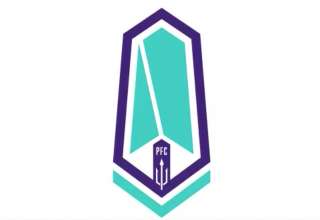 Pacific FC is officially the seventh team to join the Canadian Premier League ahead of the nascent circuit’s inaugural season set to kick off in 2019.

The announcement was made Friday afternoon at the E&N Roundhouse in Victoria. The team’s colours will be “starfish” purple, “lagoon” blue and “lighthouse” white. The team will play out of Westhills Stadium in Langford, B.C. The stadium is expected to be expanded from its current capacity of just over 1,700 to what the CanPL calls “steep, intimate seating” for 6,500.  The logo is a stylized representation of a Douglas fir.

A pair of former Canadian national-teamers will have key front-office positions. Josh Simpson, whose career was cut short because of a badly broken leg suffered when he was playing for Young Boys Bern, is the team president. Rob Friend, who has 32 career caps for Canada, is the team’s executive director. The team’s chairman is Dean Shillington, the president of Knightsbridge Capital.

“We can now truly say what I’ve been saying for months, that we’re coast to coast,” said CPL Commissioner David Clanachan.

Simpson recalled his first trip to Europe for a soccer trial. He was 12 years old, and noticed the kids were all similar. They were all local kids trying out for their local clubs. When he was 14, he was offered a chance to play in the Czech Republic.

“Does that sound like it makes sense? Moving time zones away?. Leaving everything you know?”

His mom didn’t want him to leave; he stayed in North America and then made it back to Europe. But, the point is, teenage kids he saw in Europe had the chance to play elite-level soccer close to home, where Canadians had to make the choice to leave the country, or possibly have their careers derailed.

“Dean and me are thrilled to be part of the solution,” Simpson said.

“That 14-year-old boy doesn’t have to leave the country, to leave the island, to achieve his dream. He can take his game to the next level right here on the island.”