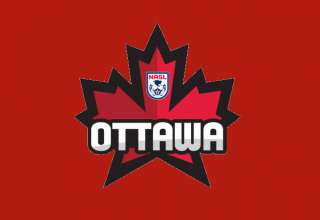 The Ottawa expansion NASL franchise plans to have its first head coach in place by the end of March, and is couting on construction of the new Frank Clair Stadium to be on schedule so it can be ready to kick off the 2014 season in its new ground.

John Pugh, president of the Ottawa NASL expansion franchise, updated The 11 on the progress the club has made as it prepares to enter the league in 2014, along with expansion franchises from Indianapolis and the D.C. suburbs in Virginia.

Pugh said the club isn’t feeling like its under the gun yet, but the clock is ticking on a new coaching hire. And he said the winning candidate will have an understanding of the North American game — so rule out any foreign hires with limited knowledge of how soccer operates on this continent. He wants his coach to have thorough knowledge of MLS, NASL and USL-Pro.

“We want to make sure we get the right person,” said Pugh. “And, we do have a bit of leeway. But we are actively looking for the head coach and we want to have that person in place by the end of March.”

Pugh wants the coach in place so that person can scout the NASL for a full season — to get a feeling for what the opponents are doing, and what players will be available.

“When we come into the league in 2014, it won’t be like the CFL team, where you get the chance to pick off some of the other teams’ players (in an expansion draft). And we aren’t coming in alone, we are coming in with two other teams.”

The Ottawa Sports and Entertainment Group is counting on the reconstruction of Frank Clair Stadium to be on schedule. With the CFL season starting in July, the football team has some more wiggle room. But with an NASL schedule that starts in March/April, timelines are tight for the soccer side of the business.

“Our goal is to be on the field as soon as we possibly can,” said Pugh. It’s a case of “so far, so good” with construction, but Pugh admitted the team will look at options if the construction isn’t done. Those include the possibility of playing a few home dates in an alternate stadium or doing what the Cosmos will do in 2013 — not launch the team until the fall season. The NASL split-season format, which sees the spring league champion take on the fall league champion in the Soccer Bowl, allows the league to add teams in the middle of a campaign, as the tables revert back to 0-0-0 for the fall session. The Cosmos are waiting till August to join NASL in 2013, and it’s an option that could be open to Ottawa if the stadium isn’t ready on time.

And when the team does take the field, it won’t carry the same name as the CFL team, or incorporate “Bytown” or “Capital City” in its name. Pugh confirmed that the team will use “Ottawa” in its name but will forge a separate identity from its football stablemate.

Over 4,000 entries were received in a December online contest run by OSEG name-the-teams contest. OSEG worked with branding experts from Oregon, and the process showed Pugh “that we have a lot to learn.”

While the name hasn’t been picked, Pugh said many of the suggestions were linked to the city’s logging heritage and its closeness to the river. Rivermen, Loggers, Voyageurs are all names that came in. And football purists also suggested names like Ottawa City, Rovers and Rangers.

“The commissioner is going to come up here soon for a visit, and I think it would be a great idea to reveal the name at that time. If there is any team we want to to be like in NASL, it’s the San Antonio Scorpions. That’s a great and very creative name for the team. I think they even had the fans help them design the team logo and the fans also helped pick the team’s jerseys.”

Let’s only hope that, unlike the Scorpions, the Ottawa team doesn’t have a white jersey with white numbers on the back. (Editorializing provided by a writer who also works on an NASL broadcast crew!)