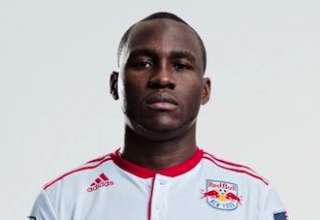 Those looking for a sign of where Toronto FC is headed in the post-Dwayne De Rosario era will need to wait a little longer. TFC’s 1-1 draw with Chivas USA on Saturday afternoon was inconclusive both on the scoreboard and on the lineup sheet, given the rather thrown-together nature of the Reds’ lineup.

Less than a day after De Rosario was traded to New York, the two players TFC received in return (midfielder Tony Tchani and defender Danleigh Borman) were already in the starting XI. The two former Red Bulls didn’t arrive in Toronto until midnight last evening and Tchani admitted to being weary.

“I found out [about the trade] yesterday at four o’clock,” Tchani said. “After training I heard rumors but I wasn’t sure. They let me know after training that I had been traded to TFC and that they wanted me to come here today.

“I was trying to get to know my teammates. It wasn’t that easy but after a few minutes I picked up a few things here, a few things there and figured it out. I slept only like five hours…I’m exhausted, man.”

Serbian international Alen Stevanovic made his first start for TFC, taking De Rosario’s place up front, and Nana Attakora was back in the lineup after a one-week injury absence. It was a brand-new Reds lineup that took the field against the Goats, and the inexperience showed early.

Just three minutes into the game, Chivas midfielder Jorge Flores fought his way into the box past Attakora, and then passed the ball to Goats captain Alejandro Moreno, who was trailing and similarly fighting off TFC center back Adrian Cann. Moreno converted for his first goal of the season, and Chivas USA had a shockingly quick lead.

“Maybe we were sleeping, maybe we were not focused at that moment,” said TFC head coach Aron Winter.

The disorganization continued for much of the opening 20 minutes. The Reds did nothing on attack and defensive breakdowns plagued the back line. Chivas striker Justin Braun was twice able to break into the box — once on a wide-open header just two minutes after Moreno’s goal, and then on a shot that went just wide of the crossbar. TFC could’ve (and possibly should’ve) fallen further behind had Braun been more clinical with his finishing.

It wasn’t until the 25th minute that the Reds managed a shot. Javier Martina sent a cross into the box that found the head of fellow striker Alan Gordon, but Gordon’s attempt bounced off the left post.

The attempt woke the Reds up, as the team suddenly took control for the remainder of the first half. Martina, who scored a brace last week against Portland, was again a key figure, wreaking havoc down the right side and sending cross after cross into the Chivas box.

Toronto’s pressure culminated in the equalizer in the 36th minute. This time, an Alan Gordon header found the back of the net, as the forward directed a Jacob Peterson free kick past goalkeeper Dan Kennedy.

It was Gordon’s first goal of the season and as a member of TFC, as he joined the club on March 11 from Chivas in exchange for Nick LaBrocca (who started Saturday’s game for the Goats).

“It was a brilliant ball by Peterson,” Gordon said. “He just put it right off my head and I did the best I could to get it on frame and luckily it went in. I’m happy to get my first goal here and I’ll try to contribute on that side of things.

“We had a slow start. We have a lot of new faces, we had guys show up [just] today. It’s a tough dynamic to deal with, but I think we responded well, though, that’s a positive thing.”

It seemed as if TFC pulled ahead in the 44th minute, when Martina crossed to Santos, who seemingly back-heeled the ball off and inside the far post. However, Santos was ruled offside on the play, though there was debate on the Toronto sideline as to whether or not Santos actually touched the ball. Replays were inconclusive, though both Winter and Santos felt the goal should have counted.

With De Rosario gone, it was Santos wearing the captain’s armband for the match. Winter confirmed after the game that Santos and goalkeeper Stefan Frei were sharing the captain’s duties in the locker room, though on the field, Santos would be in charge since it would be easier for Santos to convey Winter’s instructions from midfield than it would be for Frei to do so from the goal mouth.

Santos’ captaincy got off to an odd start with the controversial offsides call, and the midfielder was also involved in the key play of the second half. In the 60th minute, Gordon sprung Santos, who joined Stevanovic for a two-on-none rush. Santos evaded Kennedy but the ball rolled just enough that Santos had to give a moment’s extra chase, giving defender Andrew Boyens time to charge from behind.

With the two TFC forwards standing in front of an open net, Boyens slid and caught just enough of Santos’ leg to send the ball wide.

“I was going to put the ball in and the guy came behind me and clipped my leg, so I tapped it the wrong way,” Santos said. “That was unfortunate.”

The second half saw the return of Julian de Guzman, who came on as a halftime substitute for Peterson. TFC’s Designated Player was seeing his first game action of both the season and the preseason as he recovered from offseason knee surgery. De Guzman didn’t do anything particularly noteworthy in his 45-minute stint, but he didn’t look out of place either.

“It’ll take time, but the more training and the more games, the comfortable I’ll find myself with the guys and with the system,” de Guzman said. “This was a stepping stone for myself…I didn’t expect to play 45 minutes, but mentally I was ready and physically I did okay.”

Looming over the entire afternoon, of course, was the player who wasn’t there for Toronto — De Rosario. The team’s all-time leading scorer’s presence hovered over the match, be it the No. 14 jerseys worn by many of the 18,968 in attendance, or his face still plastered on BMO Field’s advertising banners.

Winter said he wished to focus on Toronto’s current players during the post-game press conference, but the TFC coach did reveal that De Rosario asked to be dealt when he and the club couldn’t reach agreement on a contract extension.

“We made him a very good offer for three years, and he was not happy with that,” Winter said. “He came to us to ask for the trade, and that’s the real story. We made a good trade with him because we’ve opened our cap space to invest more to rebuild our team, and we got two good players back.”

“Dwayne is a good player but…nobody’s bigger than the club,” Winter added. “At the end he was not happy because he wants to be a DP. He made his own choice, it was his own decision.”

Though the events of the last 24 hours are certainly a valid excuse, it’s hard to look at the match as anything but a missed two points for TFC, given Chivas USA’s winles record in league and U.S. Open play this season. It was also the third match in eight days for the Goats, who played in Portland on Tuesday before making the long flight for Saturday’s match at BMO Field.

“It’s not a great result for us at home,” Gordon said. “You’re always looking for three points, especially against a team like Chivas who will probably be somewhere around the bottom of the west. It’s a tough result for us but we’ve got a lot of new guys, new faces, and it’s going to be a job getting together in a quick amount of time.”