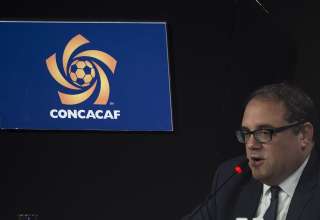 Victor Montagliani, who at the moment is president of both CONCACAF and the Canadian Soccer Association, says he will speak to federations in Mexico and the United States about a joint bid for the 2026 World Cup.

Since Montagliani became the leader of the region earlier in 2016, the Canadian Soccer Association’s stance towards co-hosting a World Cup has become a lot softer. Remember that, in the run-up to hosting the Women’s World Cup in 2015, the CSA had been strong in its messaging that its bid to host the 2026 mundial would be exclusive to Canada.

Of course, when Canada first announced its intention to bid for a World Cup (a topic that was covered extensively way back in Plastic Pitch No. 2), the idea was that the country would be hosting a 32-team tournament in 2026. Now, with FIFA president Gianni Infantino backing an expansion to a 48-team tourney, more stadiums are needed to host the extra games. If a 48-team tournament comes to pass, we can expect to see many more co-host bids in the future.

But there are some interesting kinks in the plan. First off; while no formal bid has been launched, there were some strong indications that Canada’s bid for the 2026 World Cup would have included artificial turf as the exclusive playing surface for the matches. The 2015 Women’s World Cup was played solely on artificial turf, and in the run-up and during the tournament, FIFA officials gave every indication that they saw artificial turf as critical to developing the game — that it offered an economically viable alternative for nations with weather and/or financial issues. Really, if you were in a room with FIFA officials, you got the feeling that they’d PREFER bids for World Cups — women or men — with artificial turf as the featured surface.

Remember, though, FIFA has a rule about senior World Cups. All games must be played on the same surface. Either they’re all on grass, or all on artificial turf. Unless that rule changes, or the Mexicans and Americans agree to tear up a lot of grass, a joint bid would mean that Canadians would be left with the very pricy option of placing grass surfaces in stadiums. And, unless the technology radically improves in the next decade, we have seen the folly of putting dying temporary grass fields over artificial turf. It’s dangerous, the turf comes up, there are dead spots that make concrete preferable as a playing surface. You need permanent grass fields.

As well, since the Canadian Soccer Association made the initial announcement that it wanted to host the World Cup in 2026, we’ve had a change in federal governments. Say what you will about the Harper Conservatives, but they loved backing big international events. The Liberals have yet to endorse the World Cup bid — and, this year, Calgary City Council put money  into exploring the idea of bringing back the Winter Olympics… in 2026. Could the federal government fund both an Olympics and a (partial) World Cup in the same year?

Remember that when Canada first announced its plan to bid for the World Cup, oil — one of our biggest cash-cow exports — was at over $100 a barrel, though we rarely see market value for our product because of our difficulties in bringing it to market. Prices have plunged since then, and those numbers hurt in a petrostate such as Canada. The value of our dollar has plummeted since the  announcement of the World Cup bid. And while it makes Canada a more savoury destination for tourists, it makes life more expensive for Canadians, and our governments. The price tag on hosting a major event goes up as the dollar falls. And, of course, our dollar is tied to, you’ve got it, oil.

So, to be fair, the Liberals have got it a lot tougher in terms of needing to do more with less.

Earlier this year, Carla Qualtrough, the Liberal Minister of Sport and Persons With Disabilities, made this a part of her statement when it came to looking at both the possible World Cup and Olympic bids for 2026.

“We would be particularly interested in activities aligned with broader Government of Canada goals such as: Engaging persons with disabilities, Indigenous Peoples, youth and the development of recreational and cultural infrastructure.”

A World Cup does not tick off the boxes like an Olympic bid would (as the Olympics come packaged with the Paralympics). So, if Canada would want to co-host a men’s World Cup, it needs to find a way to make soccer not just about… well… able-bodied men.  Tough one. As well, if we go into anything with the United States, we need to face the reality that the world will see it as an American bid (with Canada and Mexico) rather than a true three-way partnership. If their culture dwarves ours, where is the cultural value that the Liberals would seek?

Add to that the cost of grass in stadiums, the building of new stadiums, a possible competing Olympic bid, and we see all of the hurdles a joint bid involving Canada would need to clear.