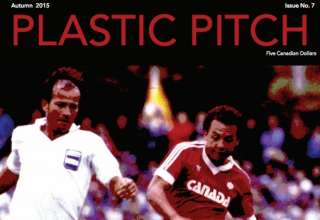 The new issue, out today, features a vintage shot from the World Cup qualifier which saw Canada qualify for the 1986 World Cup.

And what can you find inside the issue?

• A look at former Canadian U-20 player of the year Ethan Gage, now rebuilding his career in Norway. He talks about the pressures of going to Reading, and how he wasn’t ready for the challenge.

• Diana Matheson talks about her return to the NWSL after a series of injuries, and find out why she’s the hot topic of a retirement home’s newsletters…

• Marc Dos Santos talks about the Fury’s drive for an NASL title and his feelings on a possible Canadian pro league. 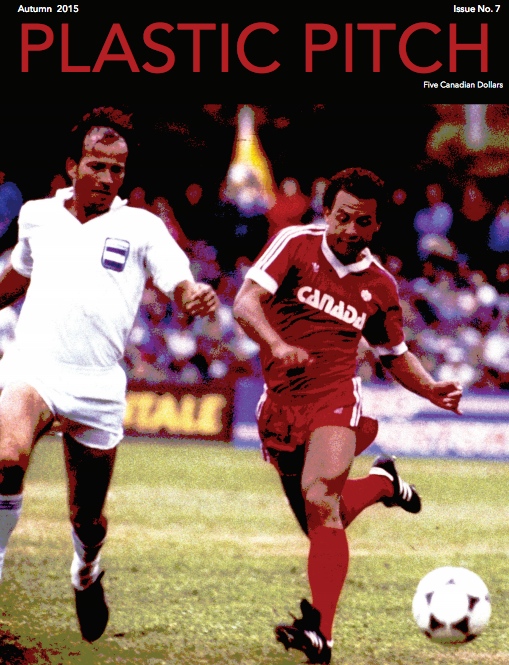 • Frederico Moojen hopes to further the soccer careers of young Quebec players, and he’s still a big-time scorer in the pro indoor-soccer ranks.

• Chris Pozniak talks about being thrust into the role as head coach at K-W United, then leading the team to the PDL title.

• The Whitecaps exorcise years and years worth of demons with a Voyageurs Cup triumph.

How to get Plastic Pitch? To get issue 7, or any of the previous back issues, download the free app via GOOGLE PLAY or APPLE. Each issue is available for a 30-minute free trial, so feel free to browse before you buy. Or, head to our SHOPIFY STORE, and you can order a version that will be sent directly to your desktop. We understand there are readers who prefer to read on a bigger screen — and we can accommodate that!