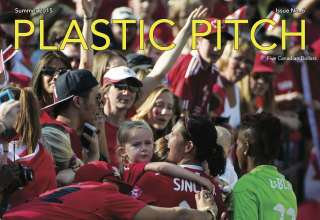 We delayed the release of Plastic Pitch No. 6; by our schedule, it should have come out in late June — but it made no sense to release it when Canada was in the midst of hosting the Women’s World Cup.

Now, the issue is finally out, with much of it dedicated to a look back to the biggest soccer tournament ever played on Canadian soil. As well, look for features on Cyle Larin, Chaim Roserie and a look at the history of the Jackson Cup.

INSIDE, YOU’LL FIND:
• We question if coach John Herdman’s loyalty to his old guard ended up hurting Canada’s already slim chances at the Women’s World Cup;

• We ask if, based on Canada’s talent level at the moment, the women’s team’s quarter-final exit was actually just about what we should have expected;

• We salute the American supporters, who came to Canada in droves — and turned Canadian stadiums into their home stadiums;

• We look at the importance of the third-place game; should it be allowed to continue?

• England Coach Mark Sampson talks about the importance of developing a pro domestic women’s league — a lesson that Canada may need to hear; 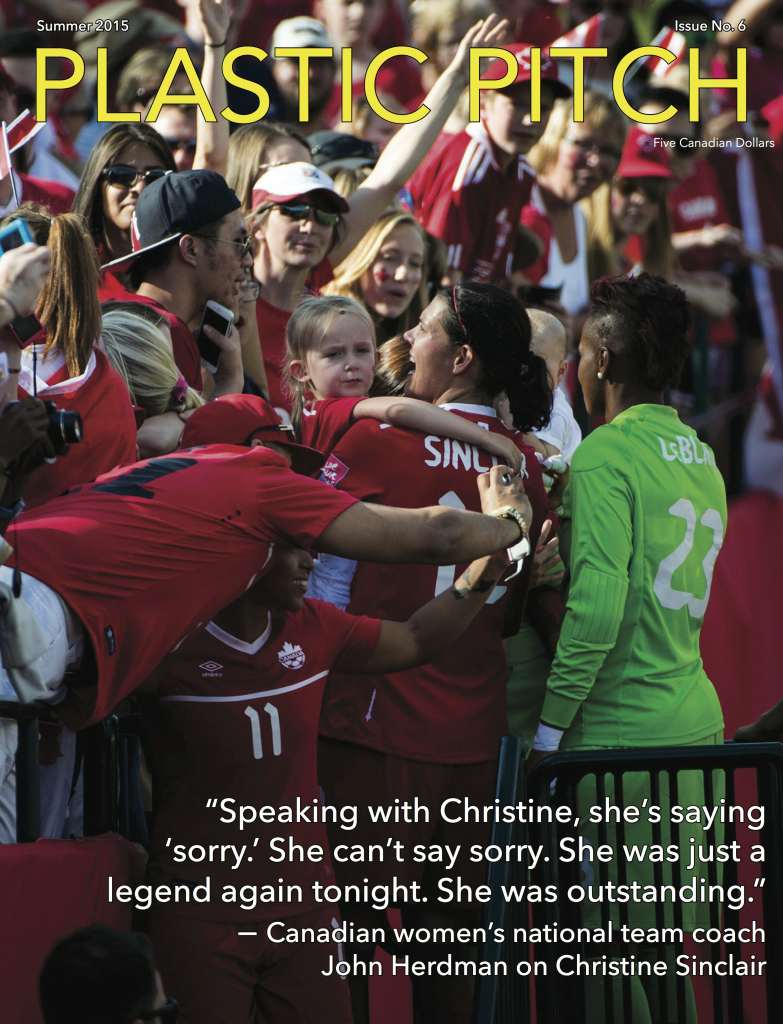 • Martin MacMahon assesses the impact artificial turf had on the tournament; have the anti-turf players softened their stances?

• Chaim Roserie was born in Brooklyn, raised in Mississauga. At 16, he signed with the Jacksonville Armada. He tells us why he’s turned down Canada U17 invites and is focused on one day pulling on a US shirt.

• Kartik Krishnaiyer looks at the impact Cyle Larin has had on Orlando City’s season.

• Just how many former TFC players and coaches now work or play in the NASL? We take count.

• Benjamin Massey takes us inside the 100th anniversary edition of the Jackson Cup; where two rivals staged an epic extra-time battle in the mud.

THREE WAYS TO ENJOY PLASTIC PITCH:
Order through our Shopify store, and we can send issues directly to your desktop. (CLICK)

To reflect the exchange rate, our issues have dropped in price from US$4.99 to US$3.99 (we have to price in American dollars because of, well, Apple and Google). We want to preserve the $5 Canadian cover price.

Each of our six issues comes with a free timed preview. If you access the mag through the Apple or Android apps, you get a half-hour of free reading time. It’s our try-before-you-by policy.