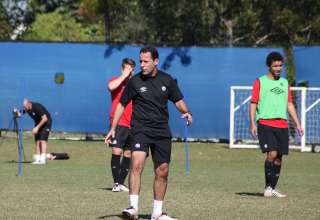 The Ottawa Fury has added another Dos Santos to the team’s front office.

The franchise, which begins NASL play in 2014, announced Tuesday that it had appointed Phillip Dos Santos as the club’s technical director. Marc Dos Santos, Phillip’s brother, has already been announced as the team’s head coach.

Phillip Dos Santos is an assistant coach with the Canadian U20 program, and was technical director of Montreal’s Lac St. Louis region.

“I am very proud and honoured to join the Ottawa Fury FC organization — these are exciting times for the club,” said Phillip Dos Santos in a release issued by the Fury.

“I look forward to the opportunity and challenge of making Ottawa Fury FC a reference for North American soccer when it comes to player and coaching development. The idea is to develop and equip players for the modern game, players that will grow with the ambition of becoming Fury FC players, players that want to win and succeed with the club.”

Both FC Edmonton — with Colin Miller at the helm and Jeff Paulus as his assistant— and the Fury have shown commitments to hiring Canadian coaches, and developing coaches is an often overlooked portion of the long-term player development process in this country.