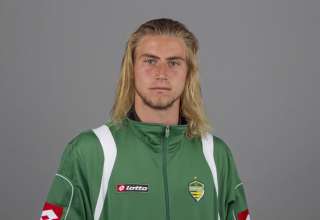 Coming into tonight’s game against FC Tampa Bay — needing to make up a point a game on the sixth-place Fort Lauderdale over the course of the season’s last nine games in order to take part in the postseason — the Montreal Impact tonight snatched a draw from the jaws of victory, as visiting FC Tampa Bay came back from a two-goal deficit at the 84-minute mark to end the night in a 3-3 draw.

Controlling play in the first half, the home side took seven shots towards the goal defended by back-up Evan Newton, who made four saves, none of them serious threats to find the netting. Greg Sutton, seeing action in the Montreal net for the first time since rejoining the team, drew applause from the crowd for his only save of the opening half, made in the ninth minute.

Referee Drew Fraser handed out two cautions, the first to Tampa’s Keith Savage in the 15th minute and the second to Montreal’s Sutton a minute later but didn’t take action on what appeared to be more blatant fouls later in the half, ignoring a Tampa Bay mugging of Eddy Sebrango, making his 200th North American second division start tonight, and not finding fault with visiting player, Shane Hill, who, after getting tangled up and tumbling to the pitch with Ian Westlake, began kicking up at him from his prone position.

Speedy Mignane Diouf, who began the game on the right side, switched places with Ryan Pore in the 25th minute, in an attempt to allow him to take advantage of the slower defender but, ignored by teammates, was returned to his original post before the half ended.

Tampa took the lead on Hill’s 38th minute goal, his second of the present campaign, on its second and last shot of the half.

The second half was all Impact as it maintained the pressure and was rewarded for its efforts, needing only four minutes to draw even. A charging Ali Gerba beat his opposite number down low and sent a cross towards the net. All Sebrango had to do was put his foot in the path of the ball to deflect it into the mesh.

Ian Westlake salvaged what appeared to be a broken play in the 54th minute for the Impact’s second of the night, with a second assist going to Gerba.

The home team added a third when Sebrango and Gerba, combined once again in the 75th. The 38-year-old’s second of the night and team-leading fifth of the season was also his 50th in an Impact uniform while Gerba tied the team record with three assists in a single match.

Asked what went wrong the English midfielder admitted to being baffled by the outcome, saying “You tell me. I honestly don’t know. We played so well and then I think we sat back. Maybe we should have gone for another one instead of sitting back and taking the pressure.”

Tampa Bay drew within a goal in the 85th minute when Aaron King potted one with the assist going to defender Frankie Sanfilippo. Moments later Sebrango seemed to re-establish the Impact’s two-goal lead to the delight of the crowd, announced at just over 9,000 fans, but his goal was called back when referee Fraser declared the play offside.

Tampa, all but out of the running minutes earlier, tied things up on a free kick by midfielder and Prince Edward Island native Mozzi Gyorio which sent the crowd home wondering how their boys managed to fall apart in the final minutes of play.

Asked how his team let the game slip away, goaltender Sutton said “We’re not concentrating for a full 90 minutes and they punished us for it. It’s too bad because this game should have been over at 3-1.”

Head coach Nick De Santis said the loss was a sign of his team’s fragility. In his postgame comments he said “Tonight’s game was basically a loss because we were ahead 3-1 in the 84th minute at home.”

The venerable Impact forward who leads the team in scoring at an age when most athletes are reliving their glory days in the rear-view mirror came in for praise for his efforts in a game that had less than satisfactory results.

The Impact, now 11 points out of playoff contention with only eight games left on the schedule, meet the last-place Atlanta Silverbacks on Sunday.

THROW-INS: In a Monday afternoon radio interview on CKAC, former Impact head coach Marc Dos Santos, who is headed to Brazil for a week to meet with various soccer organizations, denied that he had signed on as an assistant with first division Palmeiras but said he would be meeting with their head coach, Felipe Scolari.

• Tampa Bay midfielder Keith Savage, who scored his first two of the season this week, is the NASL offensive Player of the Week.

• Jesse Marsch, announced this morning as the Impact’s coach for next year’s MLS entry, has a three-year contract in his pocket and assurances from ownership that he can name his coaching staff and have an influential voice when it comes to player selection.