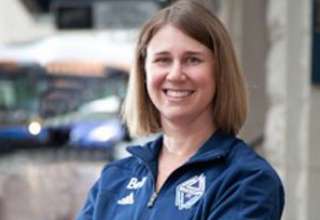 Ask serious sports fans in Vancouver what a low Canadian dollar means, and two things will immediately spring to their minds.

The most powerful is the departure of the Vancouver Grizzlies NBA franchise at the turn of the millennium. With the loonie valued at 63-70 cents up against the greenback at the time, owner Michael Heisley uprooted the team to Memphis. Conspiracy theorists suggest he always intended to move the team – but Heisley has always maintained it was the value gap in currencies that was a key factor – an assertion backed up by the fact he offered to sell the team to any local buyers at a 30 per cent discount, to no success.

Almost as memorable was the sight of Brian Burke, then-general manager of the Vancouver Canucks, around that same time period, ranting about the need for financial help from the provincial and federal governments.

At that time, the NHL created the Currency Assistance Plan, which saw the Canucks, Edmonton Oilers, Calgary Flames and Ottawa Senators get millions of dollars in assistance in order to make up for the disparity in Canadian and American currencies.

It’s been 16 years since those days, but with the dollar recently hitting an 11-year low, and hovering around the 72-cent mark up against the U.S. equivalent at the end of 2015, some Vancouver Whitecaps fans might be wondering what this all means for the Major League Soccer club.

It’s a simple formula for difficulty – much of the team’s revenue comes in the form of Canadian dollars, while a significant amount of its expenditures are in U.S. currency, including player contracts.

“There’s no question that it’s challenging to work in an environment where it’s a Canadian-U.S. league and the Canadian dollar is sitting at [an 11-year low],” says Whitecaps chief operating officer Rachel Lewis, during a sit-down interview at the club’s offices in Vancouver’s Gastown. “That’s a big challenge. On the plus side, we’re fortunate to be in a league that was built on a central-entity structure, so we have the benefit of a salary-capped environment and that single entity to protect us from some of it. But there’s no question we’re at a disadvantage when you look to our American counterparts.”

Lewis is intimately aware of what a low Canadian dollar means in the professional sporting realm, having worked as the tournament director for the PGA’s Air Canada Championship when the dollar was last in the doldrums.

The Metro Vancouver based event at Surrey’s Northview Golf & Country Club lasted for seven years before the low dollar and financial problems with the title sponsor meant it was impossible to continue, with the final tournament taking place in 2002.

“We were battling a 65-cent dollar and our title sponsor, Air Canada, who has done a fantastic job of coming back from bankruptcy protection, was in bankruptcy protection at the time and the combination of those two things just made the event unsustainable,” says Lewis. “We’ll continue to watch what the NHL is doing and, as leagues, we have the benefit of watching what each other is doing and learning from that.

When Lewis talks about the “nature of the structure” of MLS, she’s touching on the fact that the league has several ways of sharing revenue.

Thirty per cent of each team’s home ticket sales are put into a collective pot, and national TV deals, merchandise and expansion fees are also split between the league’s clubs.

The exact details of MLS revenue sharing going into the 2016 season are unclear, but it’s difficult to imagine things have changed significantly since 2012.

That year, league commissioner Don Garber told the Columbus Dispatch that 30 percent of home ticket sales were put into a collective pot, with revenue from national TV deals, merchandise and expansion fees all shared equally among the league’s clubs.

Given that setup, sports economist Duane Rockerbie, a professor at the University of Lethbridge, reckons a Canadian team could hypothetically benefit from having a significant chunk of revenue in U.S. dollars, while certain expenses could be paid in Canadian dollars.

“This actually works out well for Canadian teams,” says Rockerbie, speaking by phone from his home in Alberta. “They’re contributing 30 per cent of their Canadian-dollar revenue into the fund, and then they receive U.S. dollars back. You could have a team that used to be a net contributor into the fund, such as Vancouver, actually become a net receiver from the fund.

“So, there could actually be a little bit of a hidden bonus in this for MLS clubs in Canada.”

Still, while Lewis admits receiving a chunk of revenue in U.S. dollars eases the blow, in the full equation, a weak Canadian dollar is still hurting the club.

“Because we’re really a local product, and we’re driving our revenues in Canadian dollars, it’s absolutely a challenge,” says Lewis. “There really isn’t a lot of upside there.”

But in the grand scheme of things, Rockerbie insists MLS clubs are better poised to navigate the tricky water of a low dollar than Canadian teams in other pro leagues.

“[MLS teams are insulated from the currency issue] providing the amount the teams receive from revenue sharing in U.S. dollars is enough to cover the payroll, which has a salary cap on it,” says Rockerbie. “In that case, there really is no cost to Canadian teams from the low Canadian dollar.

“But in the other leagues, in the NHL and the NBA, where there are Canadian teams, that revenue’s not nearly enough to cover the payroll. Those teams are going to suffer.”

As for whether there’s any real risk of the Whitecaps or a Canadian team being pressured to leave based on the dollar, Lewis says that isn’t even being contemplated. She also insists the on-field product won’t be negatively affected.

“As much as the dollar is a financial challenge, we certainly can’t afford to reduce our competitive nature,” says Lewis. “It’s imperative that we find a way to cover those costs, and look at ways to mitigate that, whether it’s buying Canadian products where we can, which is just a good business practise anyways, looking at where our teams are travelling, looking at how we can find other ways to offset the implications of a low loonie, and ultimately at the end of the day try and drive our fanbase and increase the fanbase.

“Because if our revenues continue to grow, while that doesn’t improve the bottom line, hopefully it helps us offset some of the challenges associated with a low dollar.”