May 28, 2022
9 New Articles
Home Canadian Premier League CanPL News and Notes On Grey Cup Sunday, let’s talk about what the CanPL championship trophy should be 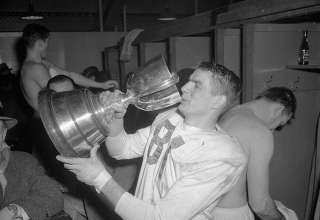 I’m sitting in the bowels of the Commonwealth Stadium complex, waiting for the kickoff of the Grey Cup. And, the big national championship day for the other football has me thinking about what a Canadian Premier League title will look like come the fall of 2019.

And, judging by the discussions I’ve seen on social media, I’m not the only one.

And a lot of the talk has been about the trophy.

If the Canadian Premier League does adopt a single table in 2019, that means there won’t be a championship game. But we can talk about what the trophy will look like, what it could mean for the league.

So, it’s vital that the CanPL does not have a kind of generic silver whatzit that’s hoisted by the winning team. It’s important that, right off the bat, that the championship trophy becomes iconic.

In Canada, we have two professional sporting trophies that have long legacies in this country. And both, in terms of history and, well, beauty, trump anything the NBA, NFL and MLB can offer. The Stanley Cup and Grey Cup aren’t simply trophies; they are storybooks about the sport. They each have the names of winning players engraved on them. Go up close, and you can see the history of the games on the bands of those mugs. It’s a wonderful tradition.

And that’s something I’d love to see the CanPL emulate. The names of the winning players engraved on the championship trophy. The history of the league written on the sparkly thing that the teams will hold above their heads.

Whatever you do, don’t put a soccer ball on it. Really. Don’t. The best trophies don’t use equipment from their respective sports. The history is in the trophy itself.

It doesn’t need to be art. It needs to be timeless. A cup of some sort is a good idea, because you can always have the winning  team sip a sponsor’s beverage from the trophy, year after year.

Remember, that if you name the trophy for a sponsor, it’s the the media’s job to try to use that sponsorship to give the trophy some kind of ridiculous nickname. We’re told to use sponsor names as little as possible, so if we can find a way not to use them, we will.

League president Paul Beirne has repeatedly said that the CanPL has to get things right, the first over. You don’t get mulligans when it comes to launching a league. And, the trophy that’s going to be hoisted by the championship team is part of that.