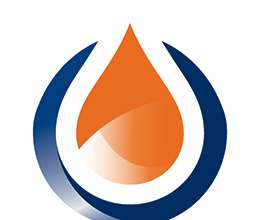 Unfortunately, for the yet-to-be-announced Canadian Premier League, information (or misinformation, depending on your perspective) continues to trickle out and surface on blogs and social media and message boards and in soccer discussions amongst friends. The latest flashpoint came earlier this week, when the since-Christened “Halifax Documents” got onto message boards and social media.

These PDFs appeared to come from Sports and Entertainment Atlantic, as part of their pitch for a ground in Halifax — so a new pro team would be set to join the CanPL. The document showed a map of Canada, indicating Calgary, Edmonton, Winnipeg, Hamilton, Ottawa and Halifax as the group’s Original Six.

Of course, with FC Edmonton already in place in the NASL, and the club maintaining its public stance that its loyal to that league, there was talk about where the Edmonton bid was coming from. And then the Edmonton Oilers were brought into play, with the rumour mill churning out that Daryl Katz, the owner of that NHL team, was behind a CanPL bid for the once-officially-named-but-now-unofficially-named City of Champions.

So, today, I asked the Oilers Entertainment Group point-blank about their involvement with the Canadian Premier League. And the statement:

“We are not in discussions and it’s not on our radar.”

So, that’s it. A full-on denial from OEG. Some of you will no doubt read it as a smokescreen. Some of you won’t. The truth is, a lot of the Canadian soccer community are (scarily) a lot like Trump supporters — we’ve already made our minds up what we want to believe.

I present what I have on the record. And that’s a flat-out denial from the Oilers.